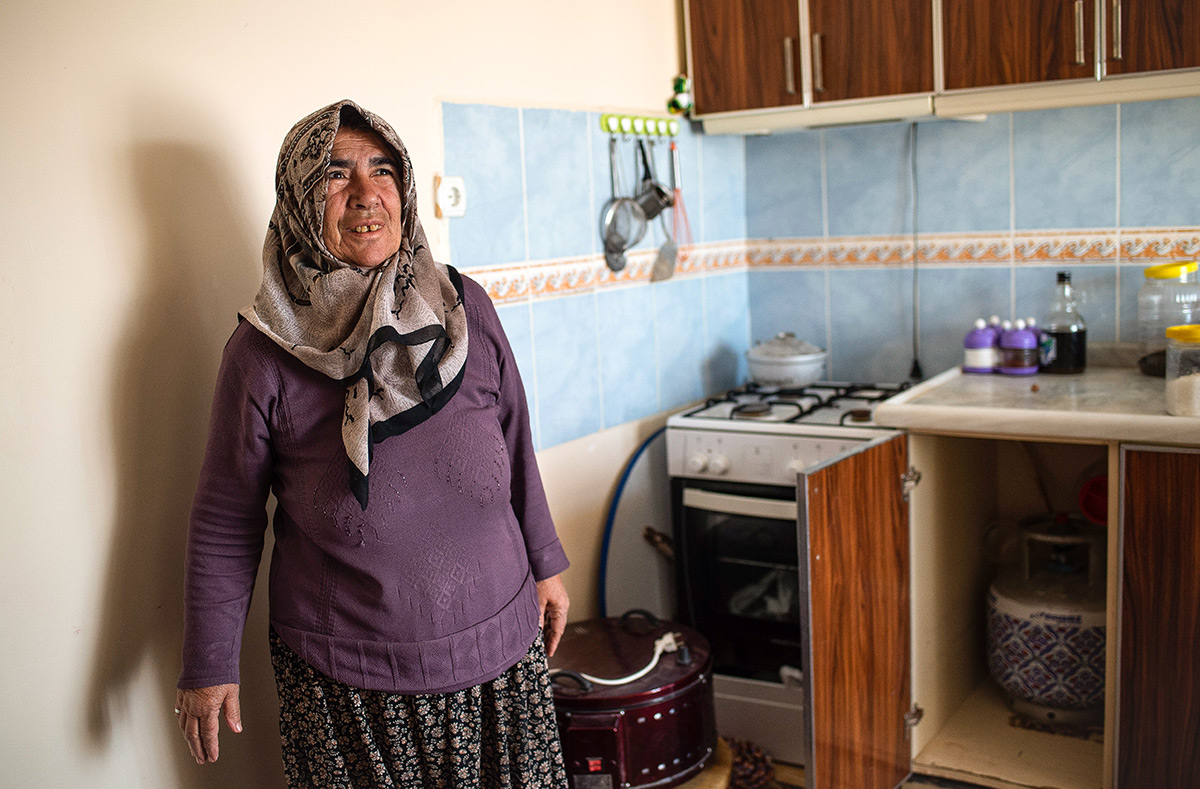 It is winter in Beijing and I am tasked to write a story. For someone who was born and lived in a tropical country for decades, it is difficult to find the spark needed to write in the cold. Then I remembered Bayram and felt silly about my disagreement with cold weather.

As a writer I often come across unpolished tales that could become gems if narrated from the perspective of those affected by an event, an action or—in the case of my line of work—a development project. One of those gems was hidden among the hills of Türkiye’s central Anatolian province of Konya. There lives 35-year-old Bayram Kaya and nine members of his family.

Like most farmers, Bayram and his family live a simple life. There in his modest farm, wheat, barley and sugar beets are grown. At the center of their home is a coal-fired stove that burns round-the-clock during winter. There they bake bread, cook meals and brew tea. The stove also provides heating for the family of 10 during the cold.

This is Bayram’s winter tale, and it gave me a reason to write in the cold.

The Kaya household is among the 20 percent of Turkish homes that are not connected to the natural gas grid. During winter, staying warm can get difficult and expensive.

“There isn’t a single house here without a coal stove—we use it for everything,” Bayram said. “When the nights are long and freezing, the only other option is the electric heater. And when the electricity bill arrives, it may be two, three or four times higher than you expect.”

Türkiye imports natural gas year-round. Prices in the international market spike with winter demand when consumers are using more gas to heat their homes. But if Türkiye were to import gas in the summer (when prices are lower) and distribute it in winter, consumers would see lower electricity bills.

Little did Bayram know that the solution lay beneath their feet. A few kilometers from his home are efforts to modernize Türkiye’s energy storage. The Tuz Golu Gas Storage Expansion Project, a USD2.73-billion project cofinanced by the Asian Infrastructure Investment Bank and the World Bank, aims to quadruple Türkiye’s natural gas storage capacity using an underground facility. Ultrasonic scanners reveal salt deposits beneath the earth, which engineers then drill into. The resulting cavern is filled with water from the nearby dam. Dissolved in water, the salt deposits are extracted then returned to the lake. Once the underground cavern is sealed, it can be used to store natural gas year-round. The project could triple Türkiye’s overall underground gas storage capacity from 3.4 billion to 10 billion cubic meters.

Once the underground gas storage facility is finished, it is expected to supply gas year-round while hedging winter energy consumption. With more supply storage, natural gas can be purchased when prices are low. It also leaves room for planning when demand is high. This ultimately passes savings to the consumer. Among these potential consumers are the 10 members of Bayram’s family, where a coal-fired stove at the center of their home burns round-the-clock during the cold season.

And thus, Bayram’s winter tale has been told in this winter story.