Making Every Drop Count: How AIIB is Building Infrastructure for Tomorrow in Indonesia’s Water Sector 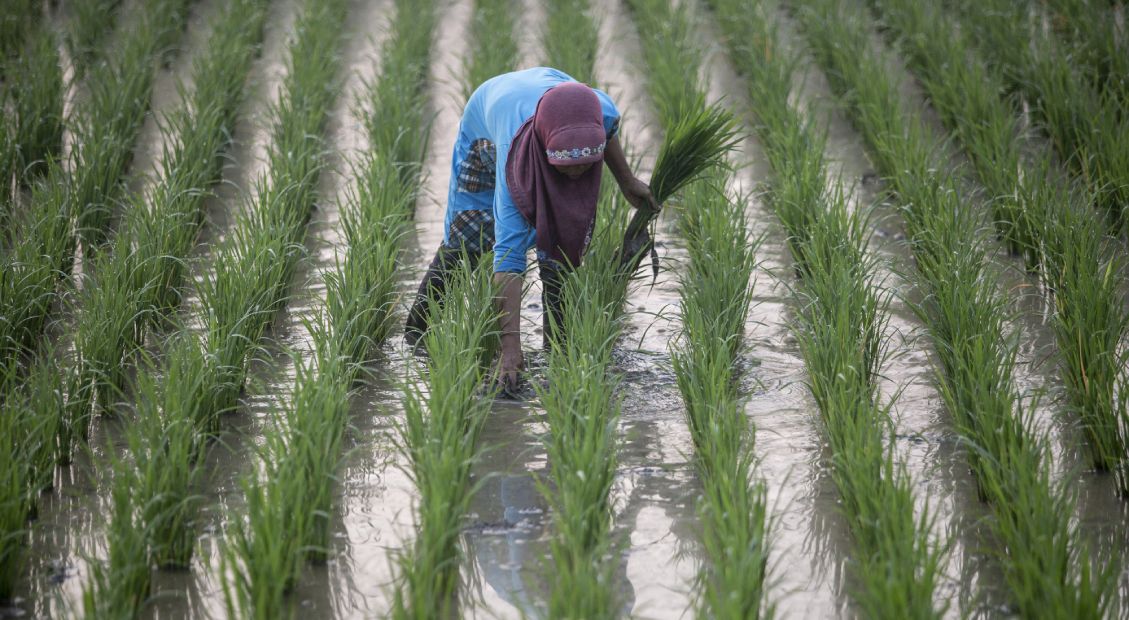 With more than 270 million people as of 2021, Indonesia is the largest country in the Association of Southeast Asian Nations (ASEAN) in terms of economy and population. Consisting of more than 17,000 islands, Indonesia is the largest archipelago in the world. Over half of the country’s population live on the islands of Java and Bali, and most of the economic activity is focused within this region.

The sustainability of natural resources, including water, is fundamental to Indonesia’s inclusive and sustained economic growth. This is crucial as the country’s development will be coupled with population growth, urbanization, and industrialization; all of which will underscore the continuous need in improving water services for domestic and productive usages. In the agriculture sector, one of the country’s key sectors in terms of GDP contribution and labor absorption, reliable, responsive, and accountable irrigation service is central in increasing agricultural output, ensuring equitable growth of wealth, and strengthening food security. Water touches every aspect of Indonesia’s development agenda and is linked with nearly all of the Sustainable Development Goals (SDGs). It drives economic growth, underpins public health and trade throughout Asia, and is a key determinant in the region’s food, urban, and energy futures.

As part of AIIB’s Meet the Specialist series, AIIB Investment Operations Specialist David Ginting talks about the Bank’s Water Sector Strategy and how AIIB’s investments are contributing to water sector infrastructure and capacity development in the region, particularly in Indonesia.

How did you become interested in the water sector?

The subject of “water” has always been interesting for me since I was very young.

I was raised in a farmer’s household. My parents were smallholder farmers and the productivity of our land, and therefore our family’s livelihood, was heavily influenced by rainfall occurrence and irrigation supply. My concern in the topic quickly grew into an academic specialization and eventually into a career path as I left my country to study water management and later work as a water engineer in the Netherlands.

Working in the water sector has been both challenging and rewarding. The sector’s vastness and complexity consistently brings unique problems to work with and to learn from, while its direct and clear impact on the lives of others has kept me grounded. After nearly a decade of working in the sector, on various issues, and across different countries, I simply hope to continue leveraging my experience, expertise, and enthusiasm to facilitate sustainable growth across AIIB’s members through the water sector, especially in my home country.

Could you let us know more about the two water projects AIIB has financed in Indonesia?

The objectives of both projects largely overlap with each other. On a general level, both projects aim to improve the management of water resources in Indonesia to help it achieve water and food security in the face of key national challenges, such as population growth, urbanization, and climate change.

The first project, the Dam Operational Improvement and Safety Project (DOISP), focuses on improving the safety and operational performance of around 140 existing dams in Indonesia. The project serves a dual objective of reducing the risks of dam failure while also improving the dam’s ability in delivering water supply, irrigation, and flood protection services. The project invests in the structural rehabilitation of dams and improved management and monitoring practices.

The second project, the Strategic Irrigation Modernization and Urgent Rehabilitation Project (SIMURP), aims to improve irrigation services in more than a quarter million hectares of agriculture areas across Indonesia. Because of aging and suboptimal maintenance, some of the irrigation infrastructures are not operating as designed. AIIB is financing the rehabilitation and modernization of these infrastructures, which includes a more accountable service provision and technology-enabled monitoring of the infrastructure’s performance, to eventually improve agricultural output and farmer’s livelihood.

Both are nationwide projects that are being implemented in almost every corner of the country, from the most populated areas in Java to regions in the western or eastern edges of the country like Aceh or Lombok. Combined, both projects are expected to generate benefits for over 15 million people and to deliver positive environmental and social impact across the country.

What kind of impact will the projects have?

The projects will benefit Indonesia and its people on at least two levels.

First, the projects will strengthen the capacity of various governmental agencies and other institutions involved in managing water resources and services. This will be achieved through multiple ways including the updating of standards and procedures, the adoption of innovative technologies, the facilitation training and knowledge sharing events, and other institutional or managerial improvements.

Second, these projects will benefit the people of Indonesia, whose lives and livelihood are dependent on water. The beneficiaries of the DOISP dam safety project include over 11 million people who will not only be better protected against dam failure or flooding but also from the improved performance of the dams. Most of these dams are multi-purpose and provide not only water supply and irrigation, but also power generation. Also, over 800,000 farmer households are expected to benefit from improved irrigations services from the SIMURP irrigation project. This will enable farmers to increase their cropping intensity (larger arable area with more growing seasons in a year), expect a higher productivity from their crops and, eventually, improve their income and livelihood.