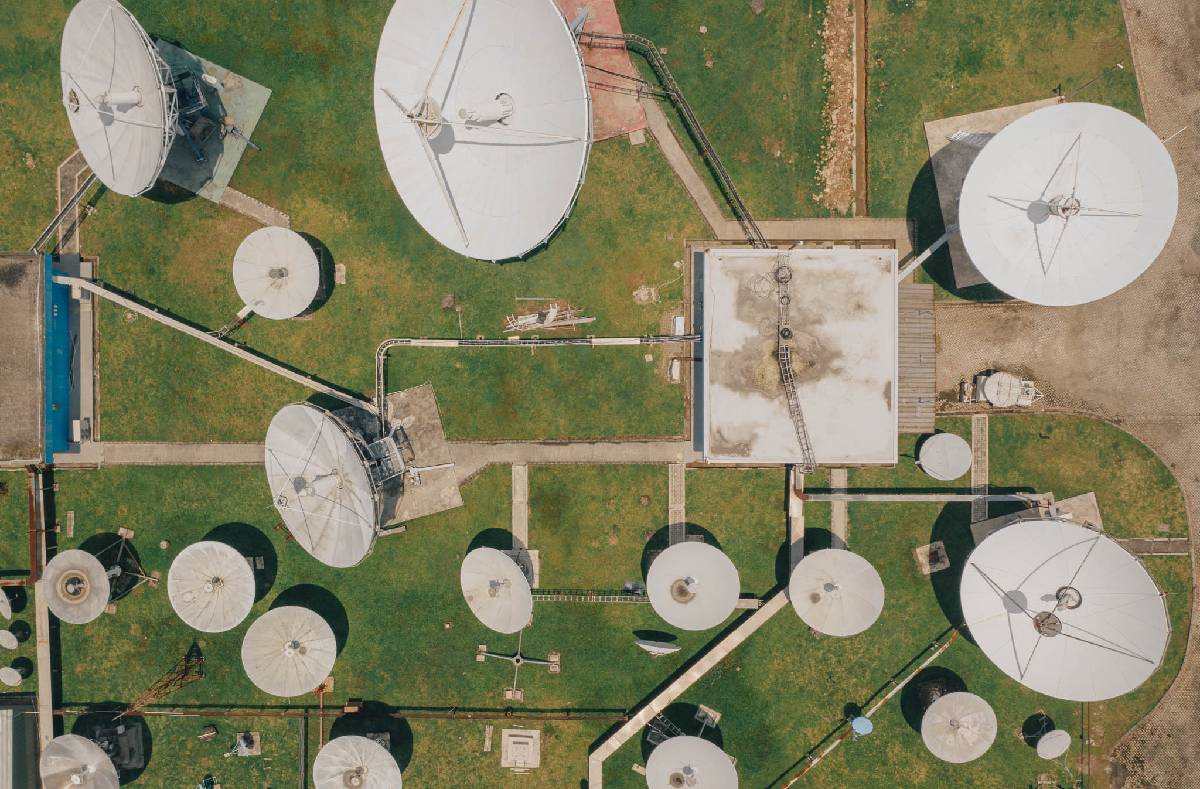 In an initiative that will provide connectivity to around 45 million people in some of the remotest parts of Indonesia, the Asian Infrastructure Investment Bank (AIIB) is collaborating with Jakarta-based PT Satelit Nusantara Tiga (PSNT) to develop, launch and operate a telecommunications satellite.

AIIB’s Board of Directors approved USD150 million for the Indonesia Multifunctional Satellite PPP Project, the Bank’s first financing of a satellite-based infrastructure development program that will allow citizens of Indonesia, one of AIIB's members, to communicate across the archipelago. The project is aligned with AIIB’s mission of Financing Infrastructure for Tomorrow as people in schools, hospitals and local governments in some of the least-accessible parts of Indonesia will soon find themselves connected to the rest of the world. Those links will bring knowledge, trade opportunities, improved health care and government services—transforming lives for the better. 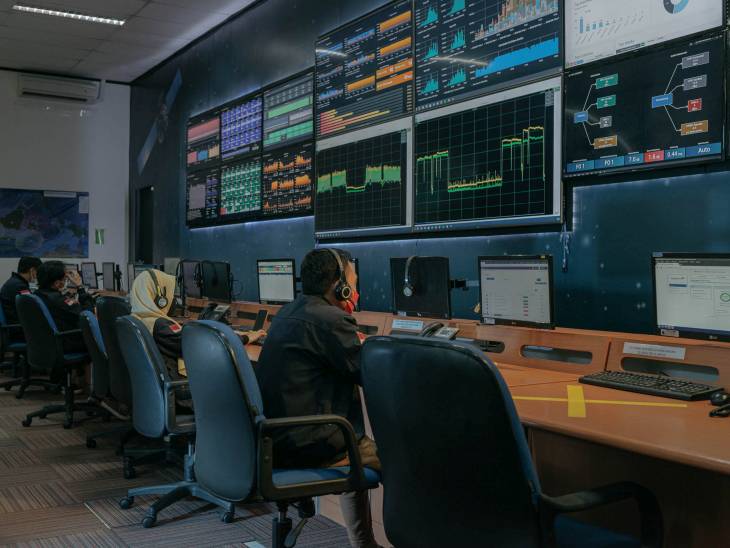 The project is being carried out under an innovative public-private partnership (PPP) that brings together the Indonesian government and the private sector with help from AIIB. Given the scale and total cost of the project (USD540 million) the government guarantees and support provided through a PPP were critical to the project going ahead.

Established in 1991 to operate and manage satellites, PSNT aims to have its newest vehicle in orbit and operational in 2023, said Adi Rahman Adiwoso, PSNT chief executive officer. 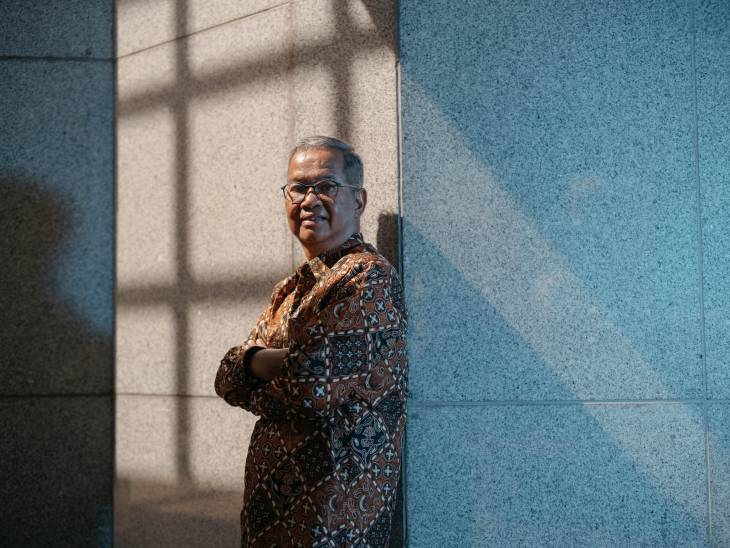 “For millions of people, this is a very important project,” he said. “It will bring digital inclusion to students in nearly 94,000 schools through online education, improve connectivity for around 3,700 health centers and link 3,900 local governments with their headquarters in Jakarta.”

The program was initiated by the Ministry of Communication and Information Technology as Indonesia’s geography has proven to be a challenge to internet penetration. Satellite-based connectivity is the only feasible access technology for the most far-flung parts of the archipelago.

The satellite is being built by the Thales Group in France and will have a capacity of 150 Gbps with Ka-Band frequency. PSNT is charged with overseeing the construction of both the satellite and its launch rocket, securing the satellite’s orbit, acquiring the gateway location and the earth station location, obtaining insurance and operating and maintaining the satellite, gateway and earth stations.

Ravi Talwar, PSNT executive vice president and director of finance, said it would not have been possible to go ahead with the project without the help of AIIB.

“AIIB has been absolutely crucial in the transaction,” he said. “Other private financial institutions have provided loans, but AIIB has consistently supported strategic investment to member countries and, in this case, it would not have been possible to start without that support.”

The PPP approach was similarly critical to the success of the project, Talwar said, with the national government providing guarantees as the sole customer of the end-product while providing assistance in arranging licensing, land procurement, construction and tax incentives.

The collaboration was PSNT’s first with AIIB, but the process progressed smoothly and the company hopes to be able to work on more projects with the Bank in the future.

Asim Rana, AIIB Principal Investment Officer, agrees that there were a number of “unique challenges” to the project but emphasized its importance because “infrastructure is the strongest enabler of poverty alleviation.”

As AIIB’s first project in what is a very niche financing market, the process was “a steep learning curve,” said Rana, but the experience puts AIIB in a strong position to carry out further satellite telecommunications projects. This is important for beneficiary governments and end-users as it would be far more complicated and expensive for a project of this scale to rely entirely on private sector funding.

“Since this is a government-use project, from a risk perspective the optimal way to finance it is via a PPP,” said AIIB Senior Investment Officer Chris Box.

Potential end-users of the technology say they are excited about the new possibilities that will be available to them.

Diana, a teacher in a rural part of Indonesia, says greater interconnectivity will be a huge help in her day-to-day duties.

“I really need to be better connected, especially when it comes to school meetings and keeping in touch,” she said.

Her young son, Deo, is equally keen to be better connected. 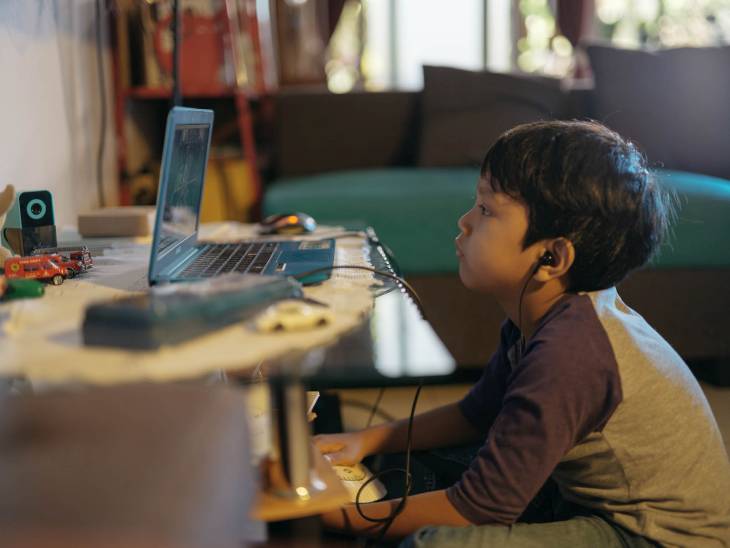 “I really don’t like when the Internet goes slow during Zoom classes at school,” he said. “I find that frustrating and upsetting, so it would be good if this new service could eliminate that problem.”

People in a wide range of other jobs also agree that better communications links would offer them new opportunities. 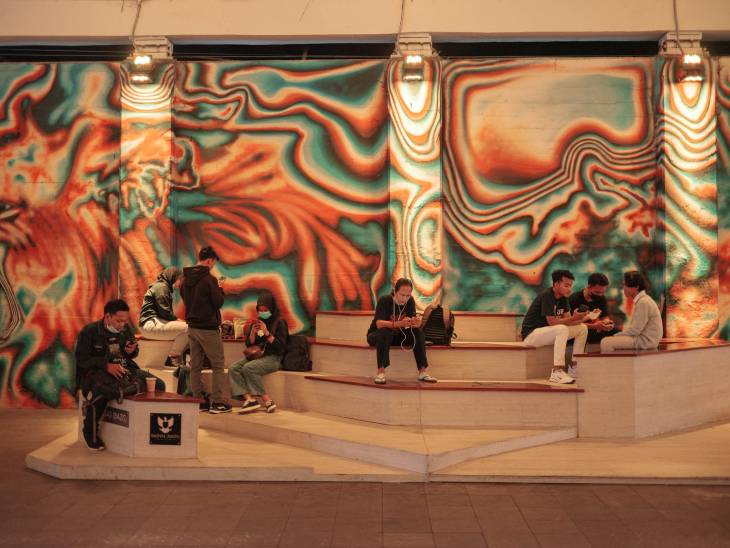 Musician Prima Antharida says slow internet speeds play havoc with the live streaming of performances, while Asman, a driver for an Internet-based ride-hailing service, said a faster connection could lead to more work.

For AIIB, private companies and national governments, this project can serve as a template for similar programs with equally beneficial impacts on underdeveloped regions and populations.

The fast pace of the Asian Infrastructure Investment Bank’s (AIIB) engagement with various stakeholders continued on-ground at COP27. At the higher, strategic level among leaders of governments and institutions, there was a spotlight on multilateral development banks (MDBs) and on overhauling the financial system at the Egyptian Presidency thematic sessions. From the AIIB side, we advanced our focus on our three messages and commenced initiatives and signings related to this. At the same time, the climate negotiators worked late into the night to address contentious issues such as increasing ambition, adaptation and resilience, loss and damage and the mechanics of the carbon markets.

The flagship event of the Asian Infrastructure Investment Bank (AIIB) at COP27—Scaling Climate Finance–Bridging the Gap Between Concessional and Private Finance—was held on Nov. 8 and opened by Jin Liqun,