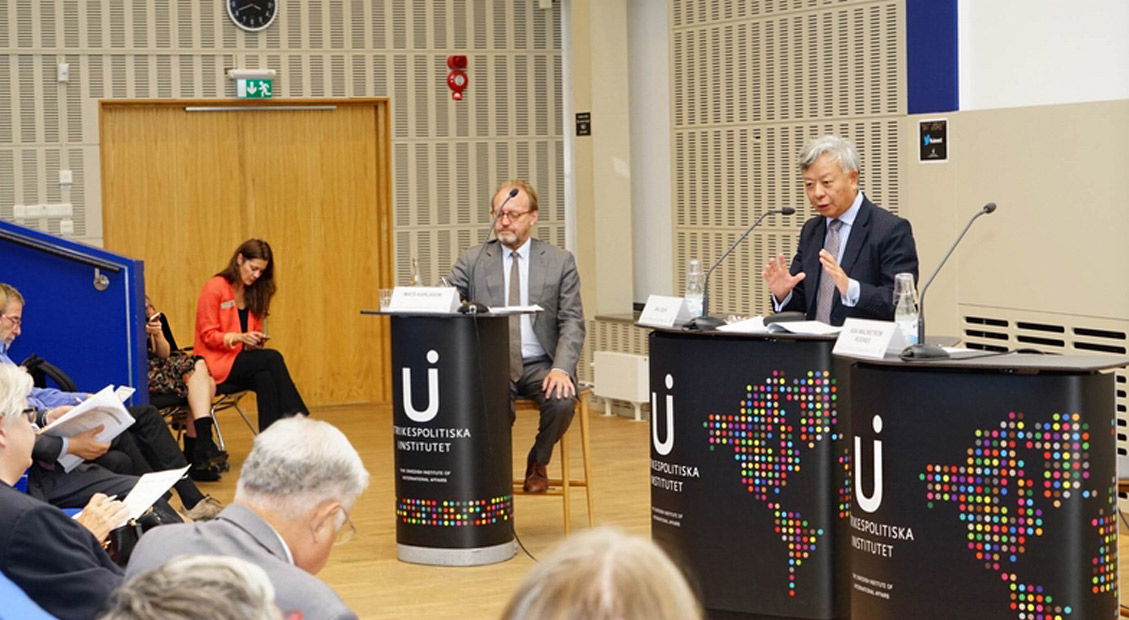 AIIB President Jin visited Iceland, Sweden and Norway from September 8 to 14, 2016.
In Iceland, President Jin met with Minister of Finance and Economic Affairs Mr. BjarniBenediktsson, Minister for Foreign Affairs Ms. LiljaAlfreðsdóttir, Governor of the Central Bank Mr. MárGuðmundsson, and other government officials and business leaders.
In Sweden, President Jin met with Prime Minister Mr. Stefan Löfven, Minister for EU Affairs and Trade Ms. Ann Linde, Minister of Finance Ms. Magdalena Andersson and other government officials. He also held a public seminar at the Swedish Institute of International Affairs and had a roundtable discussion with Swedish business leaders hosted by Business Sweden.
In Norway, he met with Minister of Foreign Affairs Mr. BørgeBrende, Minister of Finance Ms. Siv Jensen, Chief Executive Officer of Norges Bank Investment Management Mr. YngveSlyngstad and other government officials and business leaders.
Following his trip, President Jin said: "Iceland, Sweden and Norway are important shareholders of AIIB, and I was grateful for the opportunity to discuss with leaders of government and business how the AIIB is implementing our vision of creating a lean, clean and green institution. Many of the businesses I engaged with are leaders in their respective fields, and I am confident that they will be incredibly competitive in AIIB projects. I look forward to continuing to strengthen the relationship between AIIB and the Nordic nations in the months and years ahead."