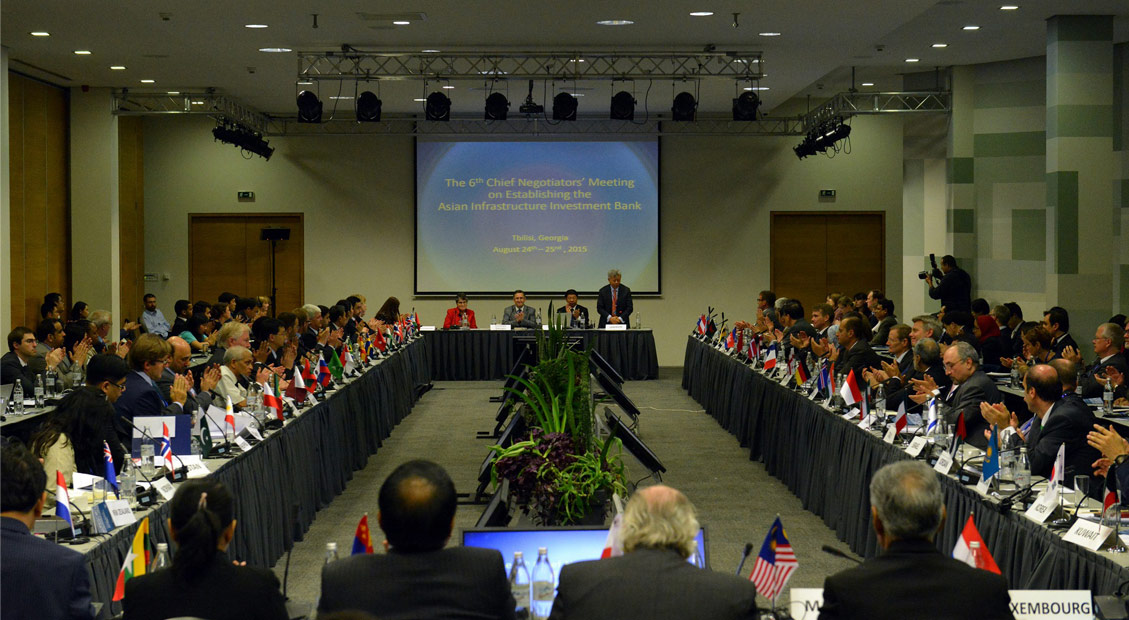 Mr. Jin Liqun was selected by consensus as President–designate of the Asian Infrastructure Investment Bank (AIIB) at the 6th Meeting of Chief Negotiators representing the Bank's 57 Prospective Founding Members in Tbilisi, Georgia on August 24, 2015. The Meeting was co-chaired by Chinese Vice Minister of Finance Shi Yaobin and Georgian Deputy Minister of Finance David Lezhava.

Mr. Jin is the Secretary General of the Multilateral Interim Secretariat, which is tasked with preparing for the establishment of the AIIB. He has been deeply engaged in international financial and economic affairs throughout his career, serving as Vice Minister of Finance, China, and working with a number of bilateral and multilateral economic and financial forums. Mr. Jin previously served as Chairman of the Supervisory Board of the China Investment Corporation, China's Sovereign Wealth Fund, and as Chairman of China International Capital Corporation Limited, an investment bank. He also served as Ranking Vice President of the Asian Development Bank and as Alternative Executive Director for China at the World Bank.

The AIIB, which will be located in Beijing, will be a new multilateral financial institution designed to provide financial support for infrastructure development and regional connectivity in Asia. The Bank is expected to foster sustainable economic development, create wealth and improve infrastructure connectivity in Asia by investing in infrastructure and other productive sectors. It will also promote regional cooperation and partnership in addressing development challenges by working in close collaboration with other multilateral and bilateral development institutions. The Bank's Articles of Agreement have been signed by 51 of the Bank's 57 Prospective Founding Members. The Articles remain open for signature until December 31, 2015. It is expected that the Bank will be operational by the end of 2015.

Additional information on the AIIB can be found at http://www.aiib.org