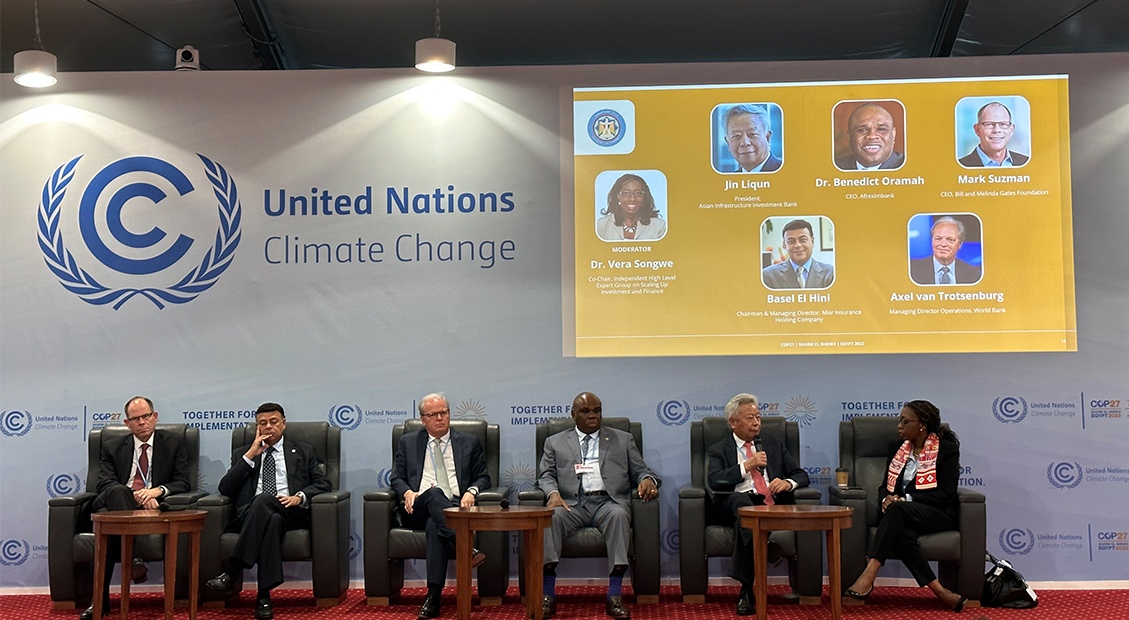 AIIB President Liqun Jin speaking at the Special Role of MDBs and Philanthropies in Unlocking Climate Finance session at COP27.

The fast pace of the Asian Infrastructure Investment Bank’s (AIIB) engagement with various stakeholders continued on-ground at COP27. At the higher, strategic level among leaders of governments and institutions, there was a spotlight on multilateral development banks (MDBs) and on overhauling the financial system at the Egyptian Presidency thematic sessions. From the AIIB side, we advanced our focus on our three messages and commenced initiatives and signings related to this. At the same time, the climate negotiators worked late into the night to address contentious issues such as increasing ambition, adaptation and resilience, loss and damage and the mechanics of the carbon markets.

The perennial strategic question continues on how to mobilize and disburse the trillions of dollars needed to avert catastrophic climate change, adapt and build resilience in the context of limited fiscal space. There is no one easy answer, and different solutions have been brought forward.

Among the most significant solutions mentioned is Mia Mottley Prime Minister of Barbados’s Bridgetown initiative that tries to address the “trillion-dollar” and “limited fiscal space” questions. The initiative focuses on the following points as per E3G reporting. 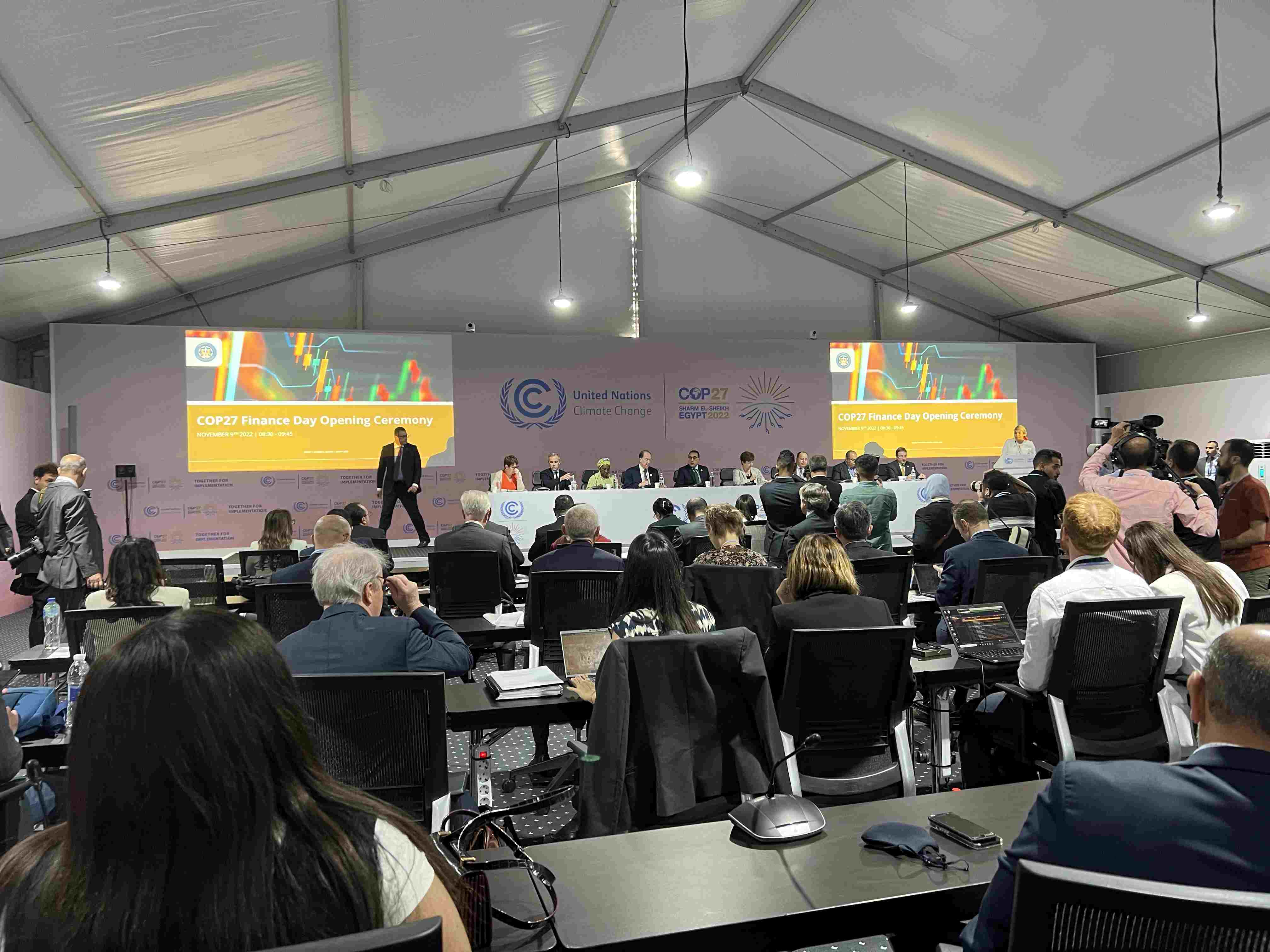 Opening of the Egyptian Presidency Finance Day on Nov. 9, 2022.

The head of the IMF and other finance leaders recognize that we are in a situation of multiple crises, which is a different situation from COP26. However, the climate challenge is not expensive to address, representing only 1 percent of global GDP.

Nicholas Stern, co-chair of the Independent High-Level Expert Group on Climate Finance, spoke of the need for a tripling of MDB financing capacity, helping with concessional loans to leverage/crowd in private sector capital and this costing very little vis-à-vis global GDP. This is a reflection on his new publication with Vera Songwe on Finance for climate action: scaling up investment for climate and development released during COP27. The report summarizes that USD 1 trillion of external finance per year (excluding China) is needed by 2030. Discussions on mobilizing and engaging domestic capital also ensued.

Fiscal space and debt issues can be addressed with debt service initiatives such as the debt reduction mechanisms/swaps proceeds for nature and climate. This has worked in a few countries in the Caribbean, including Belize. The Capital Adequacy Framework review is crucial in capital mobilization and temporary callable capital considered important.

Pricing carbon appropriately would be the most effective way of channeling capital to projects in developing countries. The price is currently USD5 per tonne of CO2. The price needs to increase up to USD75/80 at least by 2030, to be meaningful.

It was emphasized that finance is an enabler. Mark Carney, head of the Glasgow Financial Alliance for Net Zero (GFANZ), once again underscored that we have a short-term focus on efficiency and undervalue resilience of future resources. His emphasis being that the solution lies in mobilizing private sector finance. His focus is on ambition, action and accountability.

Other strategic points on financing structures are the following: