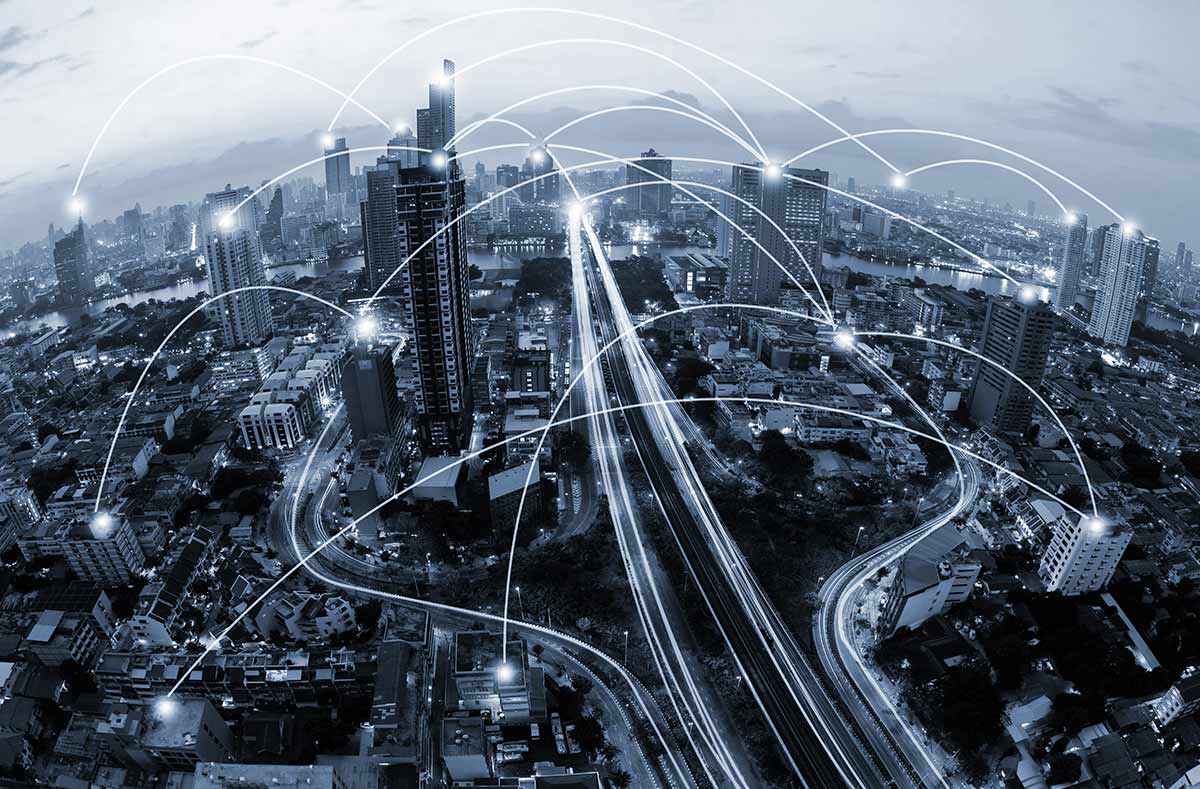 Technology is transforming our modern economy in many ways through improved efficiency and new business models. The challenge is how all sectors, including the infrastructure sector, can harness technology to be more responsive to the needs of the sector and the community. In fact, in a series of reports about the future of infrastructure, the engineering company AECOM conducted a survey among infrastructure and construction managers and executives and found that only 16% of respondents believe the infrastructure industry is evolving fast enough to meet society’s changing needs. 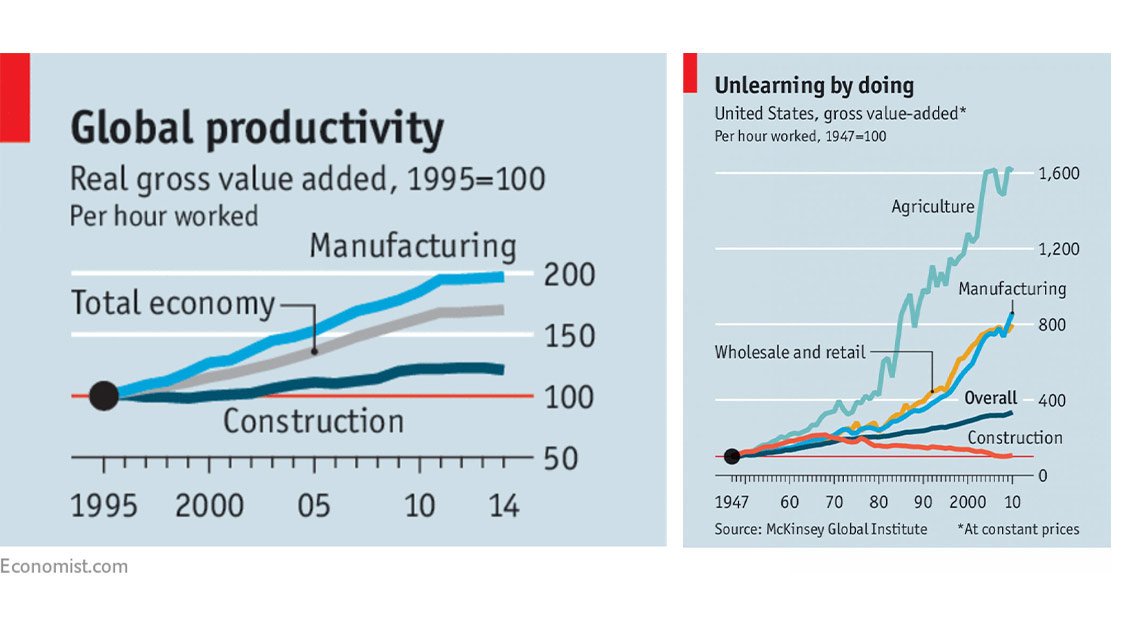 In an interview with Raconteur, Will Cavendish, global digital services leader at the engineering company Arup, says a significant barrier for the UK’s built infrastructure is that data is largely fragmented and of poor quality, which makes it difficult to analyze data and generate insights. This is confirmed in a 2015 study by McKinsey Global Institute, which found that construction and many infrastructure industries lag behind other sectors in terms of digitalization and productivity growth.

What Can Technology Do for the Infrastructure Sector?

On Aug. 14, 2018, the Morandi Bridge in Genoa, Italy tragically collapsed when it was hit by lightning during a thunderstorm. According to MIT, new inspection technologies for infrastructure exist and should be implemented much earlier as many infrastructures around the world are showing their age. However, in rebuilding Genoa’s collapsed bridge, technology continues to be a useful tool as new techniques define how the bridge is rebuilt, and robots carry out the structural inspections and maintenance of the solar and acoustic panels, thereby minimizing the risk to human workers.

Another example of how technology is changing the way infrastructure is built is the KVMRT Sungai Buloh-Serdang-Putrajaya Line, the second mass transit system being developed for the Klang Valley region of Kuala Lumpur, Malaysia. It is the first metro project in Asia to adopt a Building Information Modelling (BIM) Level 2 strategy, resulting in a 35 percent efficiency gain over the first project.

The same can said for the Thames Tideway sewer in the United Kingdom, which is using virtual reality for its maintenance operations—with an integrated digital model-based design and construction, the project has resulted in time- and cost-savings.

The use of technology is also key to delivering sustainable outcomes, e.g., digital optimization of city transport and waste collection can minimize energy consumption and time wasted. Digitalization of energy grids can also reduce wasted energy and facilitate the inclusion of renewables.

Technological advances may be bringing an end to old infrastructure models, with the data-driven, intelligently connected environment and more mature construction technologies together transforming the way in which infrastructure is designed, planned, financed, constructed, operated and maintained. McKinsey estimated that transforming operations and systems for infrastructure can reduce operating expenses up to 25%, with performance gains of 20 percent to 40 percent in areas including safety, reliability, customer satisfaction and regulatory compliance, etc. According to the International Energy Agency (IEA), digitalization within the power sector has the potential to save around USD80 billion per year globally, or about 5 percent of total annual power generation costs. 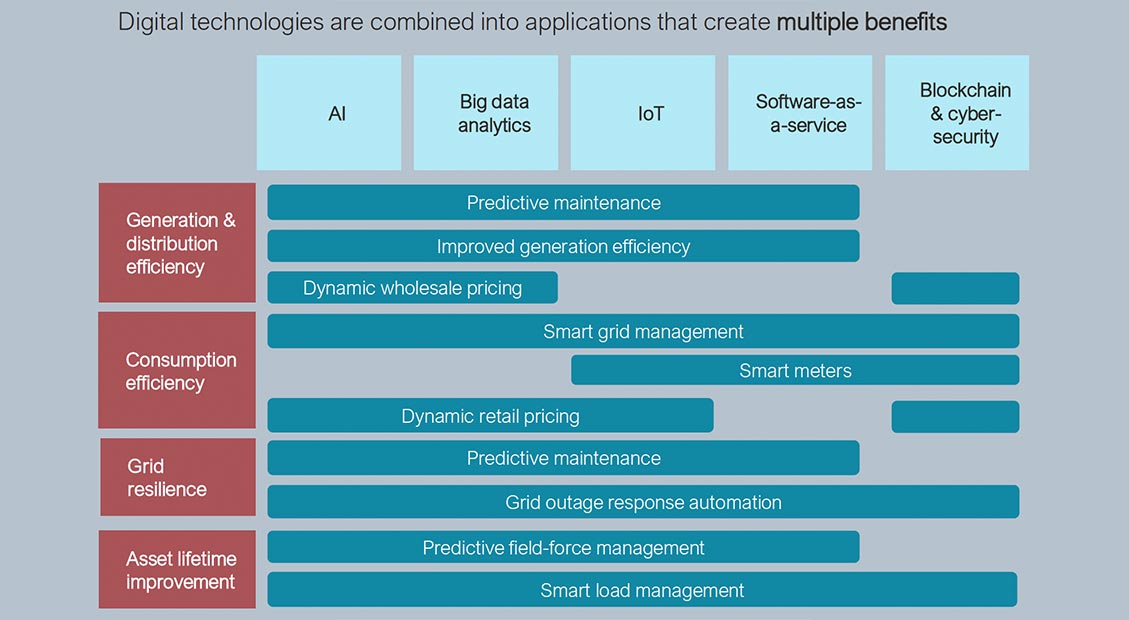 In summary, despite the disruptive changes that technology might bring, there are plenty of progressive applications and commercialization methods that can be adopted by the infrastructure sector to improve value, quality, efficiency, productivity, resilience, sustainability, inclusion and governance.

In the next blog post, we will discuss how we can empower the technology layer of infrastructure and unleash the benefits above.