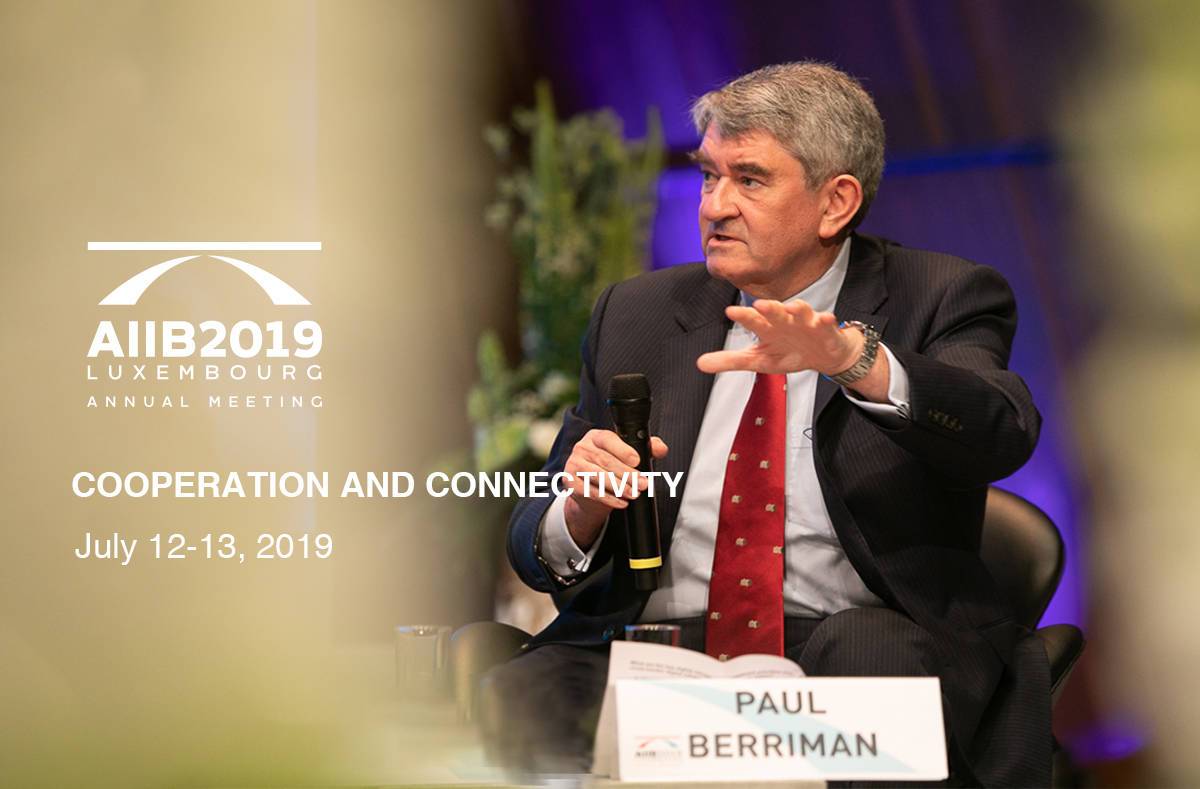 The fundamental underlying fabric of digital connectivity is the broadband telecommunications network, whether it be fixed, mobile or a hybrid of the two. The World Economic Forum recognizes that a 10-percent increase in broadband penetration equates to around 2.8-percent increase in GDP growth, and it is no coincidence that developing countries tend to lag behind developed countries in broadband penetration. However, shortage of infrastructure investment funding may not be the only reason for this. Perhaps the Asian Infrastructure Investment Bank (AIIB) can influence these other factors and provide the much-needed funding.

This was the focus of the Governors Seminar on Digital Connectivity on the first day of the 2019 AIIB Annual Meeting in Luxembourg, bringing together folks from AIIB, government officials, bankers and telecoms technology professionals like myself. I enjoyed the open and frank discussion and learned a lot from various perspectives. A brief summary of the discussion follows.

We discussed the fact that the demand for broadband internet speed is constantly growing, not just in the number of users, but the digital connectivity speeds required for access to vital data. The objective is to enrich lives, enable businesses, empower society and provide a backbone for the future for Smart Cities, Machine-to-Machine communications and the Internet of Things. The World Economic Forum (WEF) estimates that the gap in digital infrastructure investment is widening and will reach USD1 trillion by 2040, mainly driven by Asia and Africa. Thus, our discussions revolved around (1) how we might bridge that gap, (2) how might we support a change in perceptions and policy toward telecoms/broadband infrastructure and (3) can new infrastructure technologies bring down costs and promote higher efficiency?

We observed that some of the barriers to penetration growth revolved around many government perceptions of broadband infrastructure, which generally and for many years, has been left to the private sector to fund and develop. Broadband Infrastructure now needs to be considered a critical and essential utility, just like piped water distribution itself. We had many examples of this during the session.

This requires a change in approach to many aspects of the broadband infrastructure build. It has now been shown and recognized by the WEF that broadband wireless access, using 4G or 5G, can bring near fiber-like speeds more quickly and at a lower cost to building fiber to the premises alone. The last 50 meters of laying fiber to an individual user is the most expensive. A hybrid approach of fiber plus FWA infrastructure build can reduce initial access costs by up to 40 percent and overall cost of ownership by up to 75 percent.

So we considered as an example, with this wireless advantage, why governments and regulators continue to seek high spectrum auction fees which detract from an operator’s ability to build out the infrastructure itself. Perhaps regulators need to consider providing more spectrum that the consumer needs on a domestic rate basis, similar to the common practice for cable infrastructure in the ground to encourage wider build coverage in a shorter timescale.

Adding to this, we considered making government infrastructure available to assist network buildouts, such as “street furniture” (lampposts, etc.) which can also ease the barriers in the build program. There is a great deal of scope for partnering, perhaps even infrastructure sharing, to accomplish higher rates of broadband penetration in all countries in a shorter timeframe.

Other barriers discussed related to local education, technical training and resource shortages in developing countries and market factors such as affordability, regulatory uncertainty and other risks. I was also pleased to learn of some of the issues and views experienced by others in the group—from dealing with or improving government bureaucracy, to looking forward to the potential digital connectivity-enabled benefits to society such as smart/remote health care, connected cars/assisted driving for better road safety and saving hospital costs, smart agriculture for higher yields and manufacturing efficiencies, among others.

In addition, we voiced concerns around where the internet is going and what other applications and platforms are needed within the digital connectivity infrastructure or enabled by it. These include digital identity for secure transactions (especially mobile payments and banking) perhaps with underlying Blockchain foundations, data centers, cybersecurity and environmental developments to reduce digital connectivity energy costs for greener networking. It was good that we saw the need for a focus on the Lean, Clean and Green alignment with AIIB values.

Bringing together stakeholders, especially those who desperately want to see broadband penetration growth and resulting GDP growth with social benefit (along with the network operators and others) is not an insignificant task. We all felt that the structure, connections and influence of AIIB, along with funding incentives, could help bring these partnerships together for the good of all.