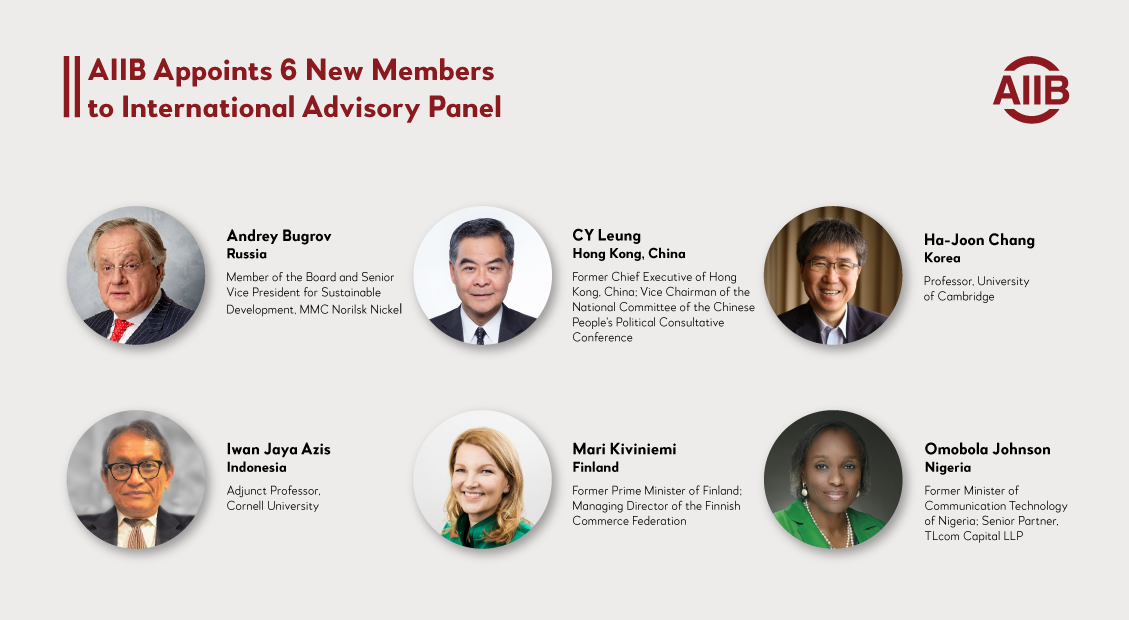 The Asian Infrastructure Investment Bank’s (AIIB) International Advisory Panel (IAP) has gained six new members, bringing the total number of panelists to 12. AIIB established the IAP to advise the President and Senior Management on the development of the Bank’s strategies, policies and operational approach.

IAP members are appointed by the President for an initial two-year term, which may be renewed. The panel meets twice a year for discussions on a range of topics. It is composed of world-leading experts drawn from the highest levels of economics, finance, environmental sustainability, international relations and development. The full list of IAP panelists can be viewed on AIIB’s official website here.

The Asian Infrastructure Investment Bank (AIIB) is a multilateral development bank whose mission is financing the Infrastructure for Tomorrow — infrastructure with sustainability at its core. We began operations in Beijing in January 2016 and have since grown to 103 approved members worldwide. We are capitalized at USD100 billion and Triple-A-rated by the major international credit rating agencies. Working with partners, AIIB meets clients’ needs by unlocking new capital and investing in infrastructure that is green, technology-enabled and promotes regional connectivity.