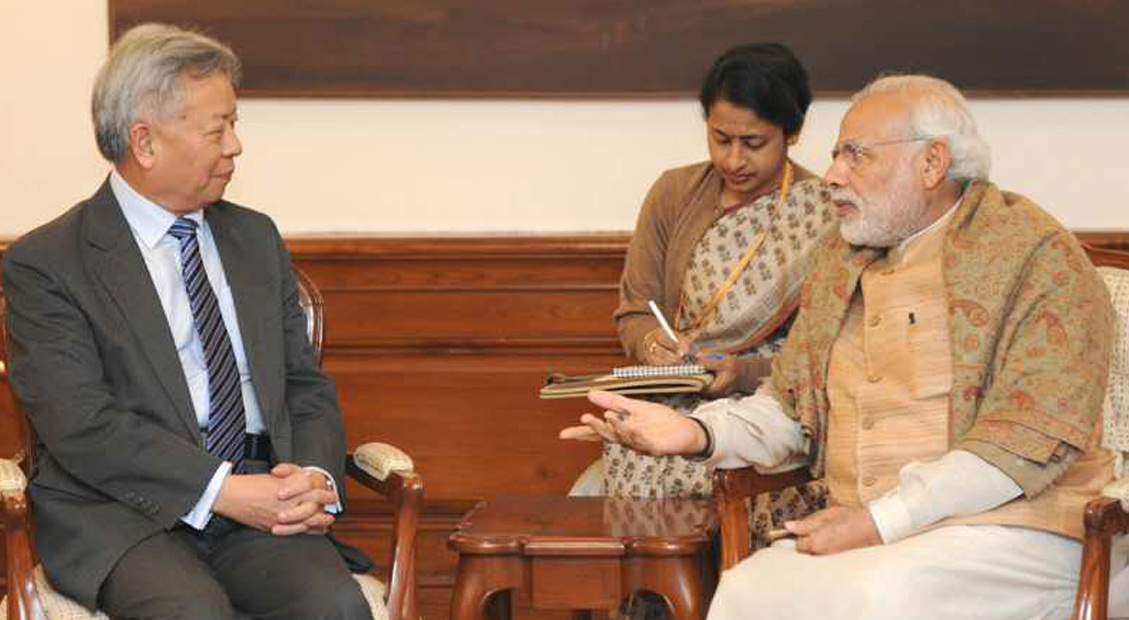 Mr. Jin said “I am delighted this week to be visiting India, the AIIB’s second largest shareholder and one of the 22 countries that joined the initial Memorandum of Understanding on Establishing the AIIB. This is a historic period for the Bank, with the entry into force of our Articles on December 25, 2015 and the inaugural meeting of the Board of Governors scheduled for January 16-17, 2016. I was honoured to exchange views with Prime Minister Modi and other government leaders on future cooperation between the AIIB and India”.

During his meeting with the Prime Minister, President-designate Jin provided an update on the upcoming opening ceremony of the AIIB. The Prime Minister expressed his best wishes and expressed hope for the important role that the AIIB would play in India’s future infrastructure programme. He also expressed confidence that in the years ahead the AIIB will become an important development partner to India, and become an invaluable instrument of economic prosperity in the region.