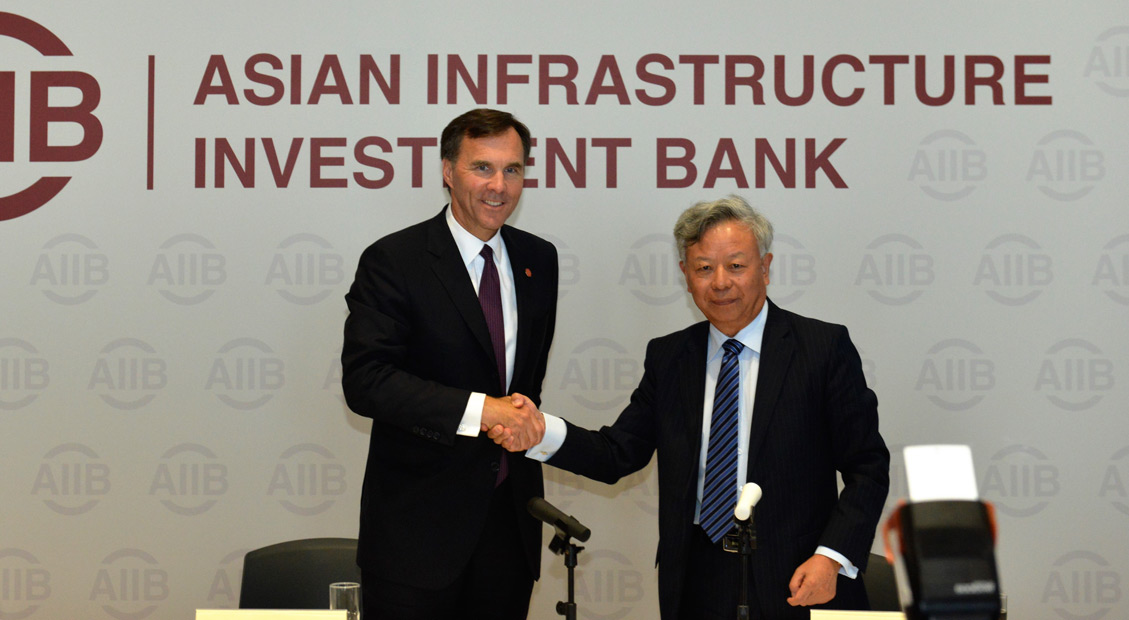 After the meeting, President Jin and Minister Morneau held a joint press conference, at which President Jin said, "The decision of Canada to apply to join AIIB is very welcome and shows its confidence in the strong foundations the Bank has built in our first few months. Canada has a remarkable track record of multilateral engagement, and I believe it will contribute significantly to the development of this Bank."

Minister Morneau said, "Succeeding in the global economy of tomorrow will require strategic partnerships and openness to the world. Canada is always looking for ways to create hope and opportunity for people around the world, and membership in the AIIB is an opportunity to do just that."

It was announced at the Bank's Annual Meeting in June that formal expressions of interest from potential new members would be welcomed before September 30, 2016. The Bank looks forward to welcoming the first of these new members early in 2017.

The AIIB, located in Beijing, aims to promote broad-based economic and social development in Asia through investment in infrastructure and other productive sectors and promote regional cooperation in addressing development challenges by working with other multilateral and bilateral development institutions.

Additional information on the Bank can be found at www.aiib.org .