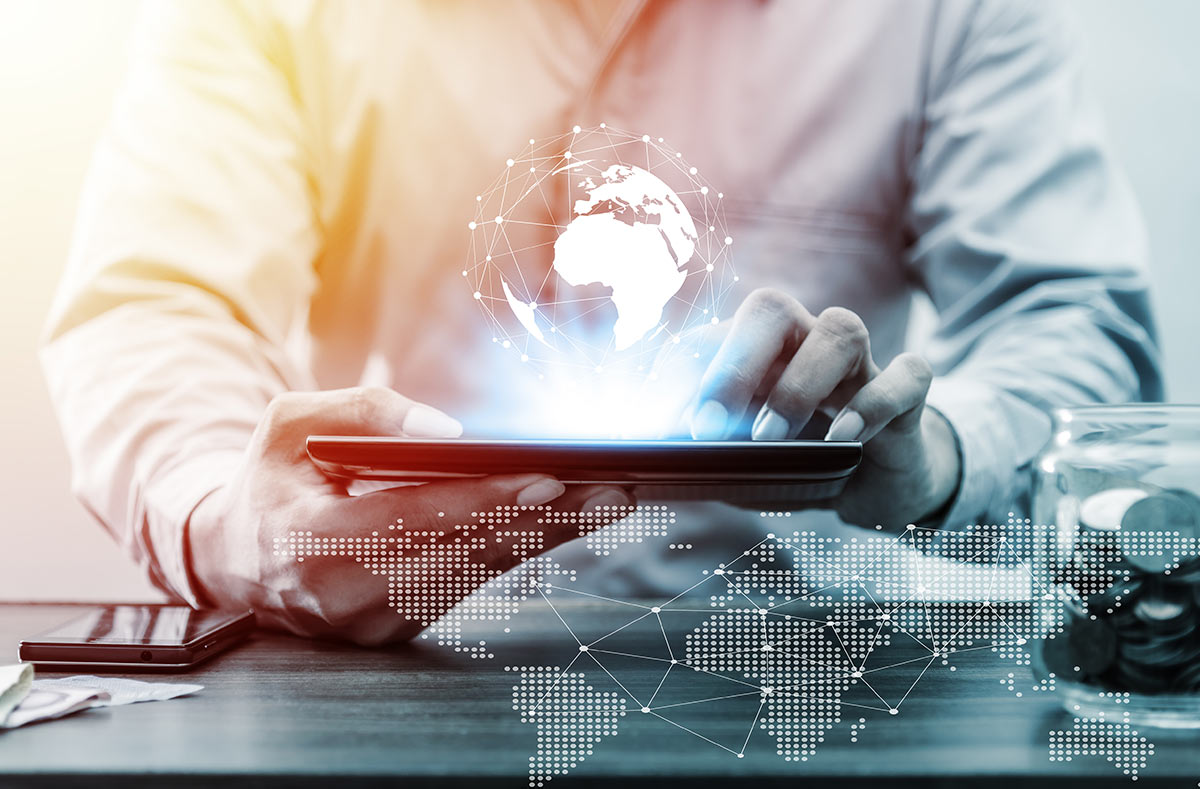 Foreign direct investment (FDI) is an important source of external financing, technological spillovers, and productivity. Both types of FDI—greenfield FDI (investments in new assets) and brownfield FDI (acquisition of existing assets)—have been affected by the COVID-19 crisis. UNCTAD’s World Investment Report 2020 reported a drop of over 50 percent during the first three months of 2020 compared to a year ago for both greenfield investment project announcements and cross-border mergers and acquisitions (M&A). The report also forecasts that global FDI flows will decrease by up to 40 percent in 2020, dip by a further 5 to 10 percent in 2021, followed by a fragile recovery in 2022.1 The current uncertain environment is forcing investors to reassess investment decisions and slow down existing projects. This is further complicated by government policy measures to restrict new investments and other protectionist trends.

Nevertheless, M&A and refinancing of infrastructure assets can become a major opportunity in the recovery period. Part of the reason is because governments find it difficult to launch large-scale greenfield projects given the economic uncertainty, fiscal tightness and operational difficulties. Also, investment sentiments around stimulus or green recovery have not quite picked up. Hence, maintaining existing assets, recycling and upgrading assets for fresh capital, or completing existing projects can be a priority.

The increased prominence of brownfield FDI can be seen even prior to COVID-19. In fact, the volume of cross-border M&A deals has almost tripled in the past two decades. Cross-border M&A activity represented 48 percent of aggregate FDI in 2017 at USD728.5 billion, involving more than 14,000 transactions (from just USD 291.4 billion and over 4,000 transactions in 2001).2 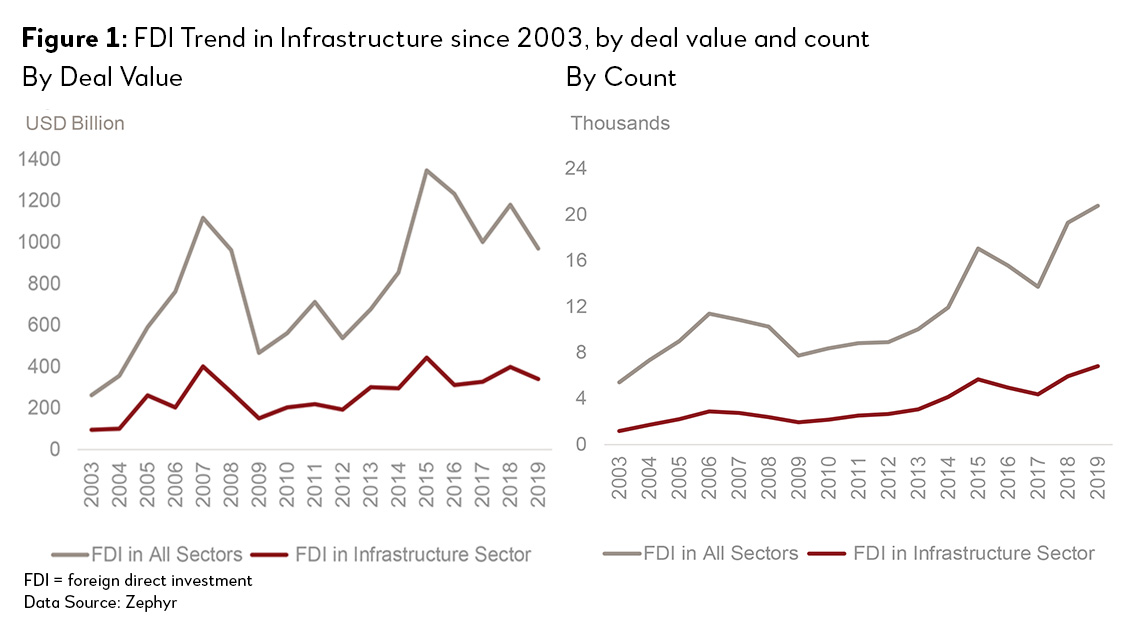 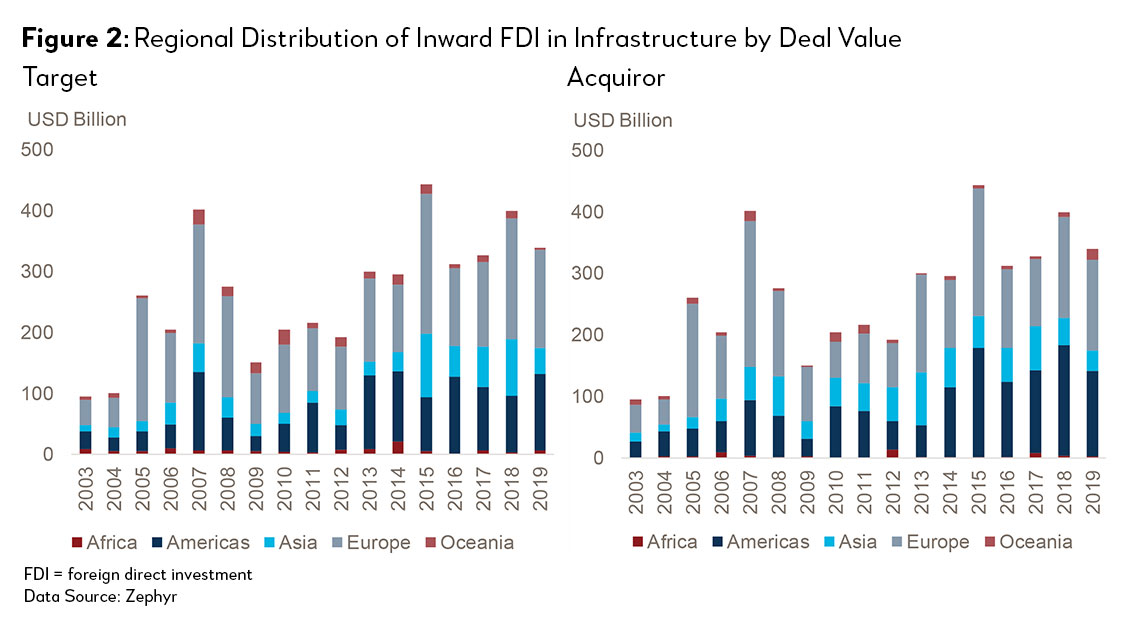 Observation 3: ICT has overtaken the traditional energy sector as the most acquired infrastructure sector globally since 2014 (Figure 3), especially in Asia Pacific developing economies. Nonetheless, the traditional energy sector remains the next significant infrastructure sector in M&A activities despite a declining share. In terms of deal value, the construction, utilities and transport sectors all saw a declining share in deal value, but the deal count analysis shows the volume is rising. This observation is robust across all income levels in Asia Pacific. 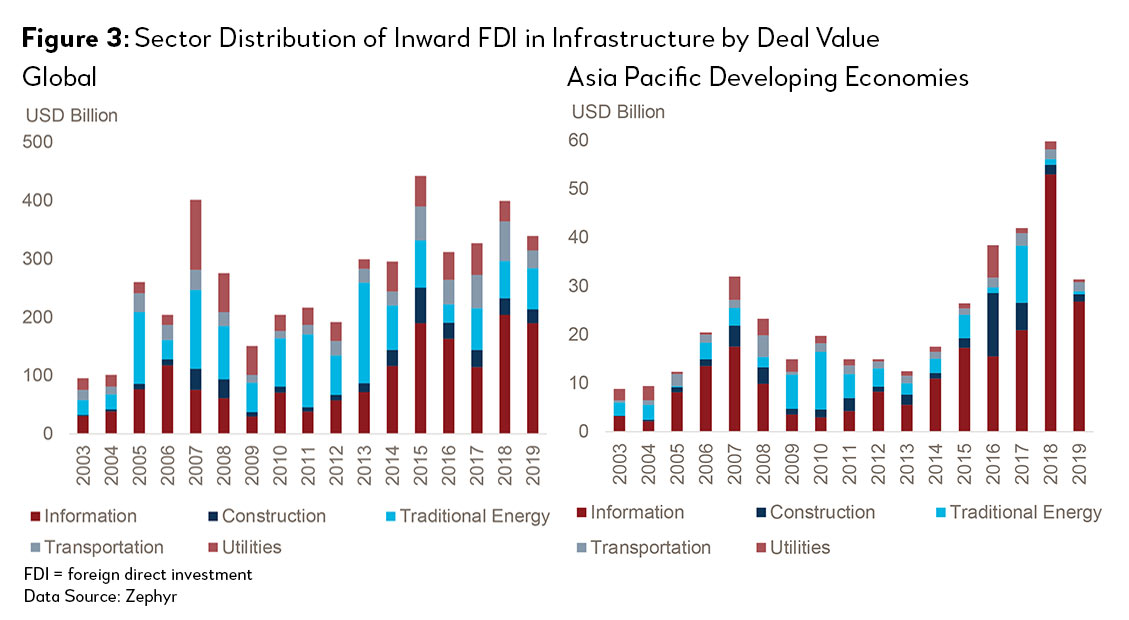 By looking into the top M&A deals in infrastructure globally in the past two years, four out of the five top deals happened in the ICT sector (both acquirors and targets), for a total value of USD74 billion. Among these deals, there is traditional retailer, Walmart, which acquired data company Flipkart PTE Ltd. for USD14 billion in 2018. Focusing on Asia Pacific developing economies, the top deals also centered in ICT sectors, but the investors tend to come from the finance and insurance industry. For example, Carlyle Group LP acquired Ant Financial Services Group in 2018 for a total value of USD14 billion, while Warburg Pincus LLC acquired Aplikasi Karya Anak Bangsa PT, a software publisher, in 2018 for USD1.5 billion.

Observation 4: Focusing on COVID-19’s impact, inward brownfield FDI in infrastructure remains resilient during the first nine months of 2020 (Figure 4). The ICT sector, again, became the main driver behind the growth of brownfield FDI in infrastructure. While global inward infrastructure FDI was more subdued from January to March 2020 compared to January to March 2019, deal values have picked up for some months since then. In addition, inward brownfield infrastructure FDI for Asia Pacific developing economies is also robust in terms of deal value. However, FDI based on deal count is more tempered in 2020 compared to 2019. This observation is consistent with the overall FDI trend identified by the Organisation for Economic Co-operation and Development (OECD),7 suggesting there could be many pending deals in M&A whose future depends on the speed of economic recovery. 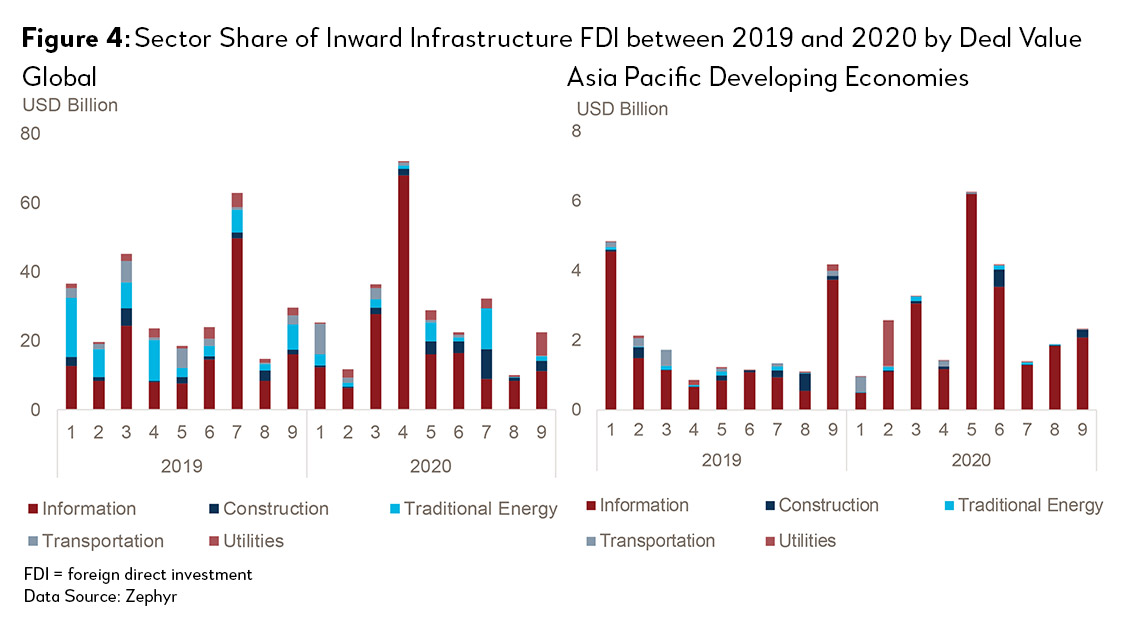 Brownfield FDI is an important channel to match capital to infrastructure assets in difficult situations (e.g., COVID-19 recovery) that would require additional funds or refinancing. Moreover, against the backdrop of a fragile economic context, policy uncertainty and possible supply chain disruptions, M&A offers an opportunity to diversify supply chains and mitigate risks associated with greenfield investments. More M&A can also attract more greenfield investment projects, thereby strengthening external financing flows.8 COVID-19 itself has likewise provided opportunities to accelerate emerging trends and therefore investments in key infrastructure sectors. The changing nature of work and business (e.g. online vs. offline) presents significant deal opportunities in the ICT sector and contributes to sustainable recovery and infrastructure development more broadly. Still, the old mantra of the need for structural preconditions remains, such as having strong regulatory institutions and investment protection mechanisms, and it is key to attracting FDIs for the long haul.