What AIIB Can Learn From India’s Water Sector 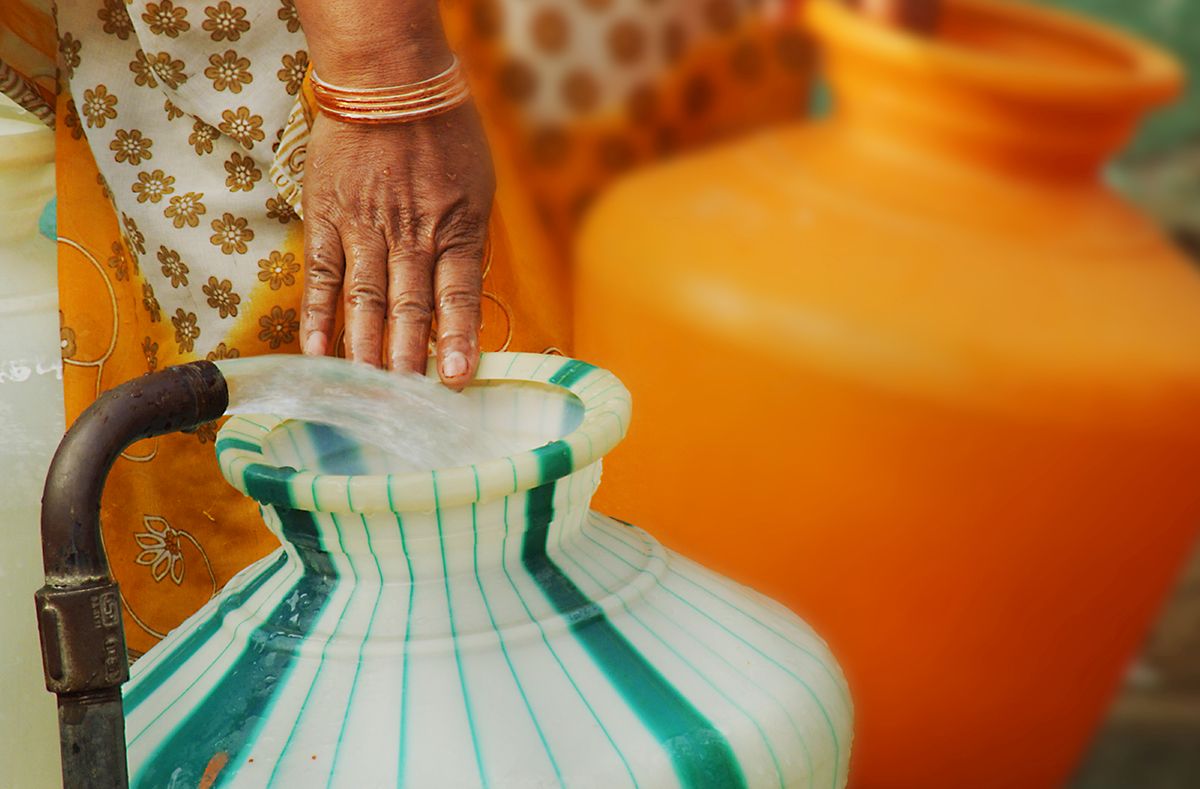 At the annual meeting of the Asian Infrastructure Investment Bank (AIIB) in Luxembourg, the underlying theme across several sessions (and unofficial discussions) was the need for sustainable infrastructure development and innovative investment solutions.

Asian countries require trillions of dollars for sustainable infrastructure in the next decade or so. Of these funds, a sizable percentage is needed in the water and sanitation sector alone. The centrality of water as a development resource cannot be stressed enough. My impression at AIIB’s annual meeting was that the Bank understands the role and importance of clean, equitable and sustainable water supply in Asian countries, most notably India.

During his press conference, AIIB President Jin Liqun called the water sector “one of the most important sectors for the Bank” and India as a lead borrower, with AIIB looking to expand its funding in several infrastructure sectors in the country.

President Jin was of the opinion that investments in safe drinking water should be dovetailed with the country’s sanitation needs. “You can’t look only at water supply without looking at wastewater treatment,” he said.

AIIB’s own investment in the Asian water sector is growing by the year. During a roundtable discussion on water strategy, senior officials said they were in what they described as “listening mode.” Several experts and stakeholders put forward their views on water during the session. I am sure the AIIB team received multiple takeaways from the session.

AIIB is the newest multilateral bank in the global community. It may have a lot of bandwidth available in terms of the collective experience of its personnel and senior and top management, but it is still in learning mode as far as extending finance to the infrastructure sector is concerned.

Annual meetings can be good platforms to get to know the financing needs of countries, learn about experiences of multilateral cooperation and gain access to best practices. However, annual meetings are, by their very nature, huge exercises conducted only once every year. It may be worthwhile to explore more regular, focused and topical interactions with stakeholders of major borrowing countries.

According to President Jin: “India is growing very fast with lots of people being lifted out of poverty.” This, he said, “would translate into higher demand for urban infrastructure including transport and water, among other sectors.”

Like several other developing countries, there has been rapid urbanization and industrial expansion in India. With just four percent of the world’s water resources at its disposal, India has been facing a huge challenge to sustain ever-expanding demand for the resource from a growing population. Even as it moves toward being a middle-income country with a significant economy and looks forward to eliminate poverty, water supply on a per capita basis has been declining for several reasons.

A recent Bank of America and Merrill Lynch estimate places the capital expenditure needed for ensuring India’s adequate and sustainable water supply for domestic, industrial and agriculture uses at USD270 billion. This is an opportunity that could be coursed through the federal and state-run water schemes. This also presents an opportunity for AIIB to take the lead in financing water infrastructure in India.

The Government of India—both federal and state—needs more than just funds alone for bolstering water infrastructure. It also needs help in policy formulation, institutional capacity building and putting in place strong monitoring and regulatory mechanisms. AIIB can play an active role here. Learnings from a country the size of a continent like India could be invaluable.

In the water sector, private players have been offered a hybrid platform to earn on a long-term basis in one of the flagship schemes. AIIB may also see merit beyond merely extending development finance at competitive rates and explore some hybrid financial solutions to cater to varied needs.

Wisely, AIIB has already invested in the National Investment and Infrastructure Fund, an entity set up to provide long-term capital to the infrastructure sector, backed by the Government of India. Now would be a good time to also explore equity participation in Indian private companies that have the potential to become multinational infrastructure developers in the coming years.

Girish Chadha is a New Delhi-based journalist and entrepreneur. A Green Belt in Six Sigma, Girish edits India Water Review, India’s largest news-led multimedia platform on water. Girish has experience in setting up commercial water and wastewater treatment plants and in organic farming across multiple geographies. His first book (Water Governance and Management in India: Issues and Perspectives) was published by Springer in early 2019. He is now working on his second book.