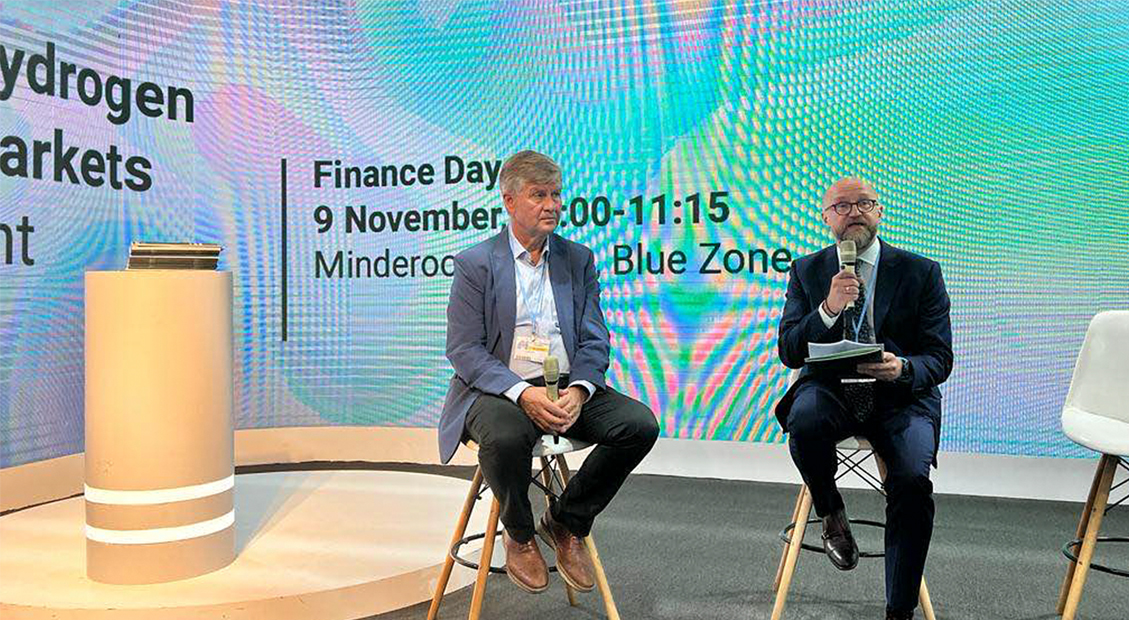 Net-zero objectives cannot be met by renewable-based electricity such as solar and wind alone. At COP27 in Egypt, the Green Hydrogen Organization (GH2) stressed the need to catalyze finance for green hydrogen in emerging and developing markets and outlined priority actions for development finance institutions (DFIs).

At the launch of the GH2’s paper titled “Financing green hydrogen in emerging and developing markets 2022—Priority actions for development finance institutions,” Limitovskiy said the world faces “an uphill battle to commercialize new technologies that could potentially help tackle climate change,” such as green hydrogen. Limitovskiy was joined by officials from the Green Hydrogen Development Plan, the European Investment Bank, the Brazilian Development Bank and the African Development Bank.

“While the decarbonization of the power sector is well supported by the rapid roll-out of renewable energy such as solar and wind, decarbonization of hard-to-abate sectors such as long-haul transportation, industry and heating remains a serious challenge,” said Limitovskiy. “Significant efforts and resources are needed to develop the green hydrogen value chain and to create a market of scale. This will require strong commitment of both public and private players. On the financing side, DFIs should act at the forefront as enablers of the green hydrogen movement.”

Estimates of the investment required range from USD1.2-3 trillion between now and 2030. DFIs have a critical role to play in enabling the shift to a green hydrogen economy, from supporting technology development through an innovative financing approach to technical assistance and risk mitigation for early projects.

A dramatic scale-up of green hydrogen production is needed to decarbonize hard-to-abate sectors and help avert climate disaster. The potential for green hydrogen projects to benefit emerging and developing economies is unprecedented due to their renewable energy potential and need to improve energy access to citizens, communities, and industries.

“Emerging and developing markets hold considerable potential in producing green hydrogen cost-effectively, especially those with a large landmass and significant renewable energy resources such as solar, wind and hydropower,” Limitovskiy continued. “Out of 105 AIIB members, around 20 have publicly announced projects to supply, use or export clean hydrogen, and another 30 have indicated plans for initiating projects. Many of them are developing economies.”

The AIIB Vice President said that supporting developing economies in building a hydrogen economy will help them capitalize on their resources, deepen integration with the global energy value chain and create new engines of growth and employment.