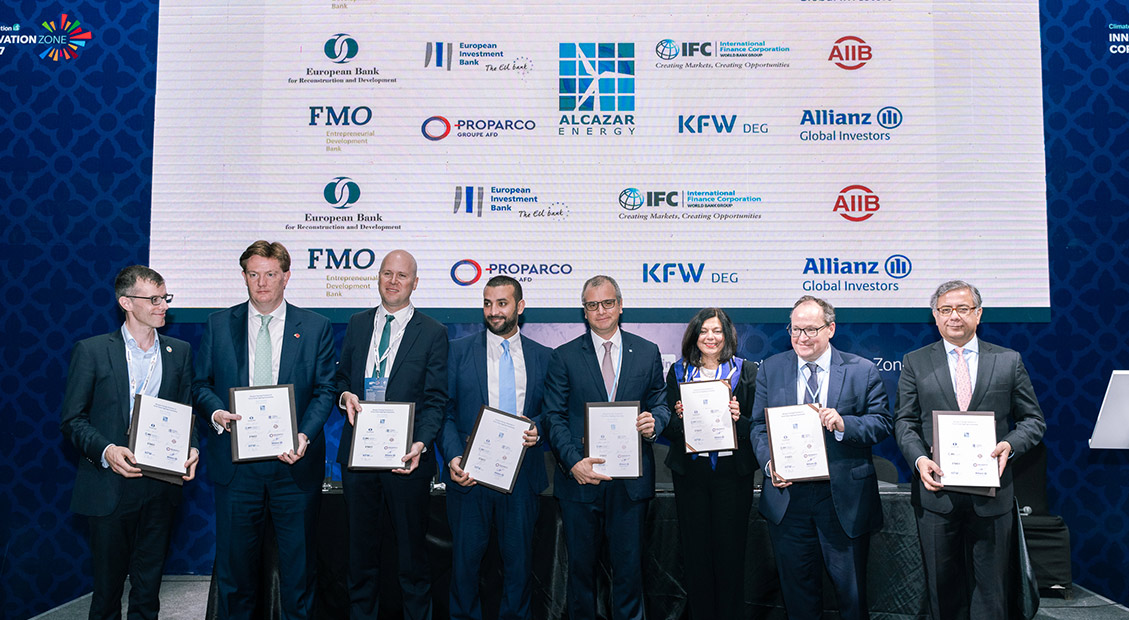 Representatives from each institution signed the agreement at COP27

The Fund targets to invest in renewable energy projects in the Middle East, North Africa and Türkiye (MENAT) and Eastern Europe and Central Asia (EECA) regions, primarily in solar and onshore wind technologies. AIIB’s contribution to the Fund will enable the Bank to further extend support and promote the development of renewable energy in its Members.

“We look forward to this new partnership fostered between AIIB, AEP-II and many other development partners,” said Alexander at the signing ceremony. “This will allow us to leverage our respective resources and more effectively develop sustainable infrastructure projects, especially in the renewables field. This will also enable AIIB to scale up efforts in unlocking capital to finance Infrastructure for Tomorrow, and help us achieve our climate target.”

“We are excited to be part of AEP-II’s first close and a lead investor in the Fund,” added Limitovskiy. “We believe AEP-II has the potential to add substantial new renewable energy capacity across the Middle East, North Africa and Turkey and play a significant role in the region’s energy transition. This investment is a key milestone for AIIB as our first climate-focused equity investment in the region. We look forward to working closely with AEP-II to achieve these critical objectives and support the development of green and climate-friendly energy capacity across this important region.”

AIIB’s contribution to the Fund plays a key role in enabling it to further mobilize funds from other investors. The Fund has reached its first financial close of USD336.6 million, receiving contributions from eight public and private institutional investors from North America, Europe, and Asia to invest in selected emerging markets. This landmark transaction will enable the development and construction of over 2GW of clean energy infrastructure across selected emerging markets. AEP-II aims to achieve a total generation equivalent to powering over one million households.

“The successful first close of AEP-II is attributed to the disciplined and responsible work of our Alcazar team, who originated, developed and exited AEP-I’s portfolios, creating value for investors and, most importantly, for the countries and communities where AEP-I invested,” said Calderon. “AEP-II is privileged to have the confidence of an outstanding group of public and private institutions to invest and develop in renewable energy projects, mobilizing more than USD2 billion of foreign direct investment from OECD economies to build sustainable infrastructure where it is needed most.”

AEP-II will be one of the first equity investments in the MENAT and EECA regions. There is a very limited number of experienced developers pursuing mid-sized projects in those countries, and AEP-II will play a significant role in filling the gap in the renewable energy project development space.