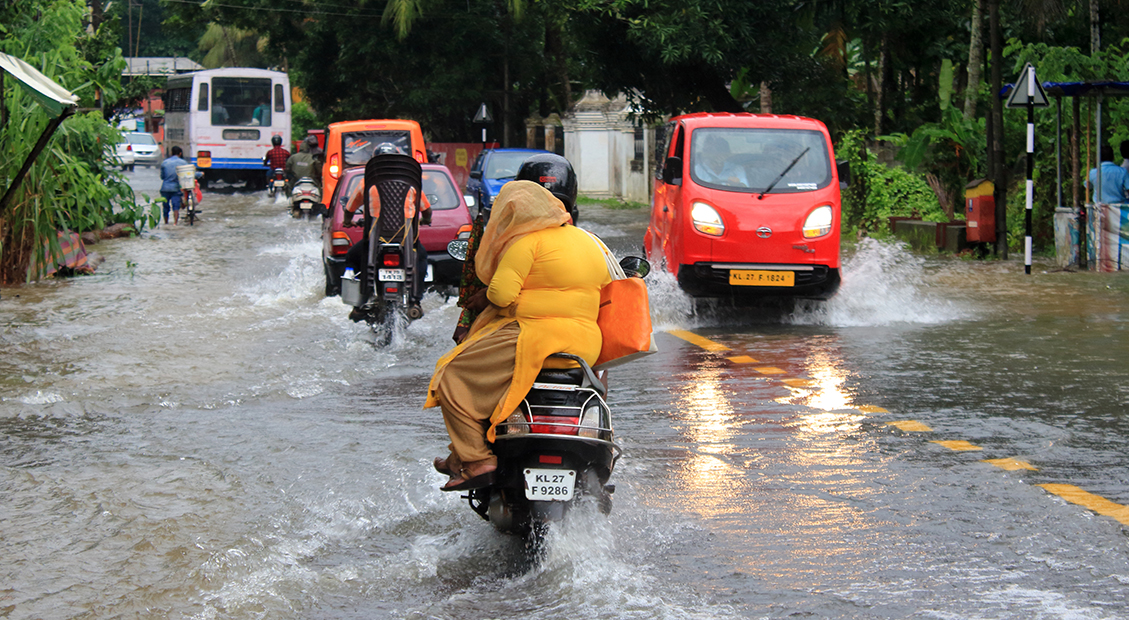 Vehicles plow through flooded roads in Thiruvalla, Kerala, India after being battered by torrential monsoon rains.

The Asian Infrastructure Investment Bank (AIIB) has approved USD125 million to help India’s state government of Kerala better prepare against natural disasters, the impact of climate change and the outbreak of disease and pandemics.

In recent years, Kerala has been battered by a series of natural disasters. In 2018, floods affected over 5.4 million people with financial losses estimated at USD3.74 billion. The state, like many others in India, has also been hit hard by COVID-19, placing further strain on an already fragile disaster management system.

An estimated 49.6 million people will benefit from the loan, part of a comprehensive USD530-million package cofinanced by the Government of Kerala, the World Bank Group’s International Bank for Reconstruction and Development and the French Development Agency.

“Strengthening Kerala’s capacity to deal with the drivers of multiple shocks is crucial to resilient recovery,” said AIIB Director General Rajat Misra. “AIIB’s investment will help strengthen disaster preparedness across sectors to ensure a sustainable development pathway for the state and, ultimately, for India.”

The joint program will bolster local disaster resilience plans and improve water resource management in the flood-prone Pamba River Basin. The investment will also be channeled toward digital technology to improve surveillance and help Kerala better deal with and prepare for the outbreak of zoonotic disease and pandemics.

Misra noted that a key component of the program includes climate-resilient development in infrastructure sectors such as urban development, flood management and roads. He added that up to USD75 million of AIIB’s loan portion will contribute to climate adaptation.