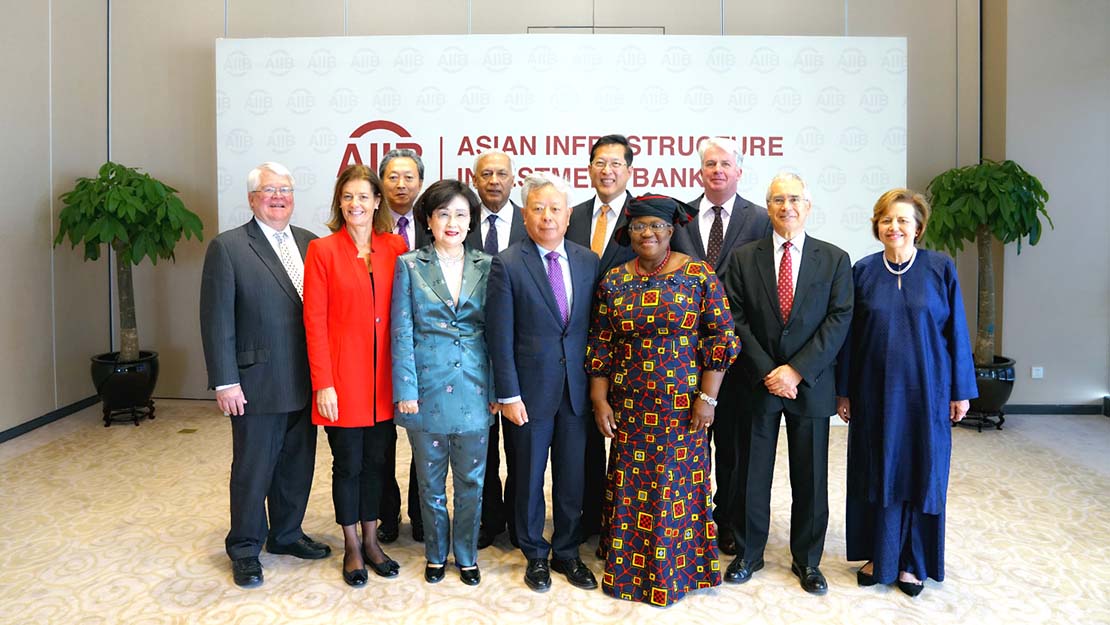 At its fifth meeting, the Asian Infrastructure Investment Bank’s International Advisory Panel (IAP) announced three new members. AIIB established the IAP to advise the President and senior management on development of the bank’s strategies, policies and operational approach. At this year’s meeting, the IAP provided feedback and advice on AIIB’s business model.

The three new members are:

During the meeting, President Jin also extended his appreciation to three former members of the IAP who recently completed their terms: Anders Borg, Tung-Chee Hwa and Dr. Oh-Seok Hyun.

IAP members are appointed by the President for an initial two-year term, which may be renewed, and are comprised of world-leading experts drawn from the highest levels of economics, finance, environmental sustainability, international relations and development. The panel meets twice a year for discussions on a range of topics where AIIB benefits from panel members’ wide international experience and expertise.

The following is the complete list of IAP members:

The Asian Infrastructure Investment Bank (AIIB) is a multilateral development bank with a mission to improve social and economic outcomes in Asia. Headquartered in Beijing, we began operations in January 2016 and have now grown to 87 approved members worldwide. By investing in sustainable infrastructure and other productive sectors in Asia and beyond, we will better connect people, services and markets that over time will impact the lives of billions and build a better future.