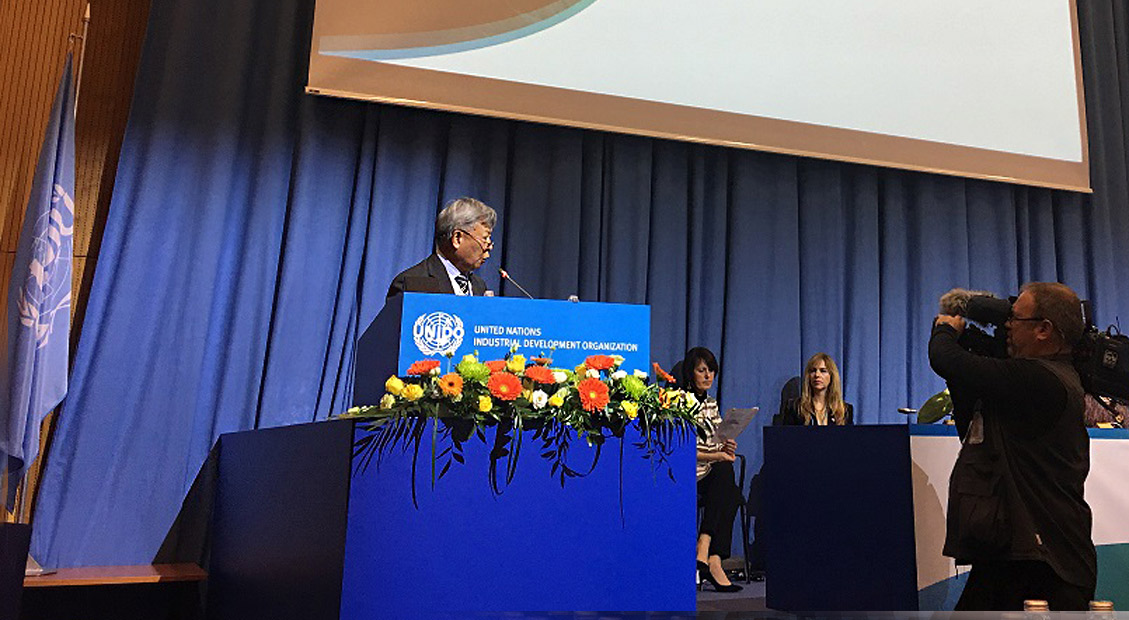 AIIB President Jin Liqun visited the Netherlands and Austria from November 17 to 22, 2016.

President Jin was in Vienna, Austria to celebrate the 50th anniversary of the founding of the United Nations Industrial Development Organization, where he offered congratulatory remarks during the opening session. While in Vienna, President Jin also met with the Federal Minister for Economic Cooperation and Development of Germany, Dr. Gerd Müller, Austria’s Alternate Governor, Director General for Economic Policy and Financial Markets at the Federal Ministry of Finance, Mr. Harald Waiglein, and participated in a panel discussion at the Vienna Economic Forum.

After the trip, President Jin said, “I was delighted to visit the Hague and Vienna and discuss the ongoing developments of our Bank’s strategies and operations with key shareholders, and our partner in UNIDO. I am grateful for the continued strong support from our European shareholders, and look forward to building upon our already robust ties in the future.”