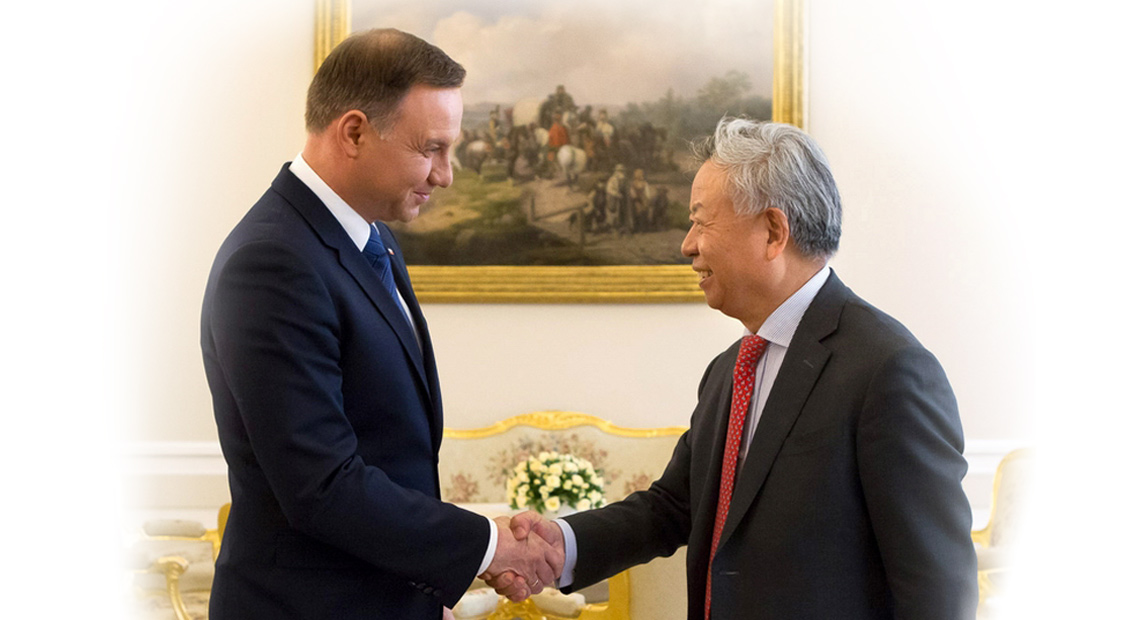 AIIB President Jin Liqun met with Mr. Andrzej Duda, President of the Republic of Poland, during his two-day visit to Poland.

At the end of the trip, Mr. Jin said “I was glad to visit Poland, an important country in Eastern Europe. I had a fruitful discussion with President Duda on future cooperation between AIIB and Poland, and I look forward to our cooperation in the years ahead.”

President Duda said “Poland looks at its participation in AIIB as a chance for strengthening the economic relations with partners in the East Asia region. We are convinced that Polish business community will be interested in joining the projects sponsored by AIIB”.