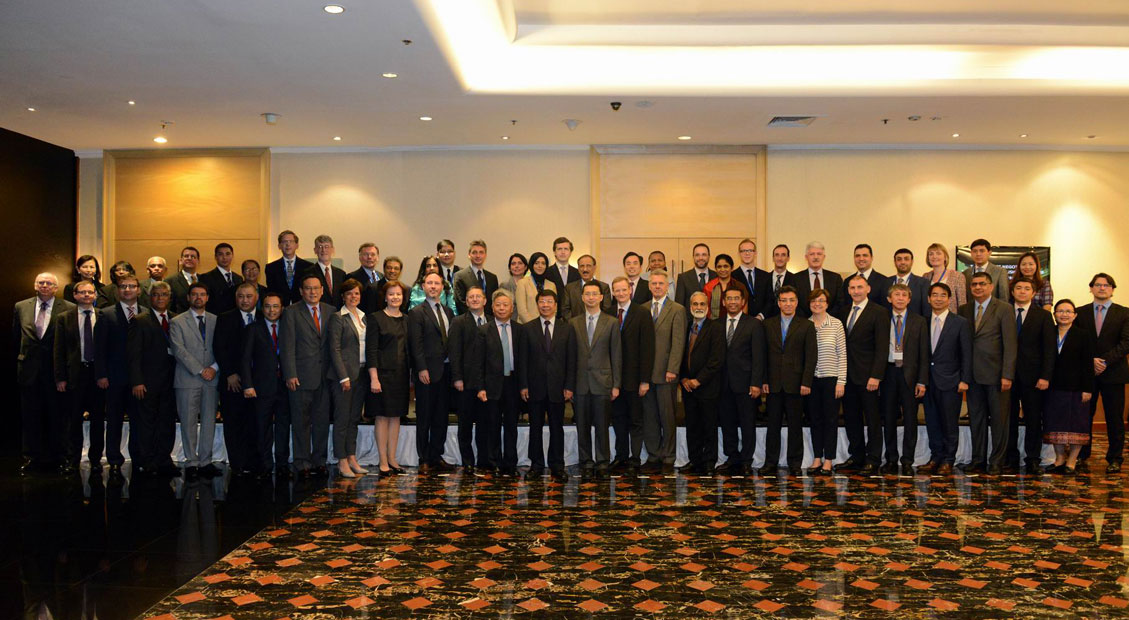 The 5th Chief Negotiators' Meeting on Establishing the Asian Infrastructure Investment Bank (AIIB) was held on May 20-22, 2015 in Singapore. The Meeting was chaired by Mr. SHI Yaobin, Vice Minister of the Chinese Ministry of Finance and Permanent Chair of the Chief Negotiators' Meeting, and Mr. YEE Ping Yi, Deputy Secretary of the Singaporean Ministry of Finance. Representatives from 57 Prospective Founding Members of the AIIB and Mr Jin Liqun, Secretary General of the Multilateral Interim Secretariat on Establishing the AIIB, attended the Meeting.

The Meeting concluded discussions and finalized the Articles of Agreement (AOA) for the AIIB.? Secretary General JIN Liqun reported to the Meeting on the progress to date in setting up the AIIB. In the three day Meeting, the Chief Negotiators also discussed the draft Environmental and Social Framework and draft Procurement Policy framework, among other topics. It is expected that the AOA would be ready for signing by the end of June and the AIIB would be operational by the end of this year.

Chief Negotiators have held 5 rounds of Meetings since the Signing of Memorandum of Understanding on Establishing the AIIB in Beijing in October 2014.