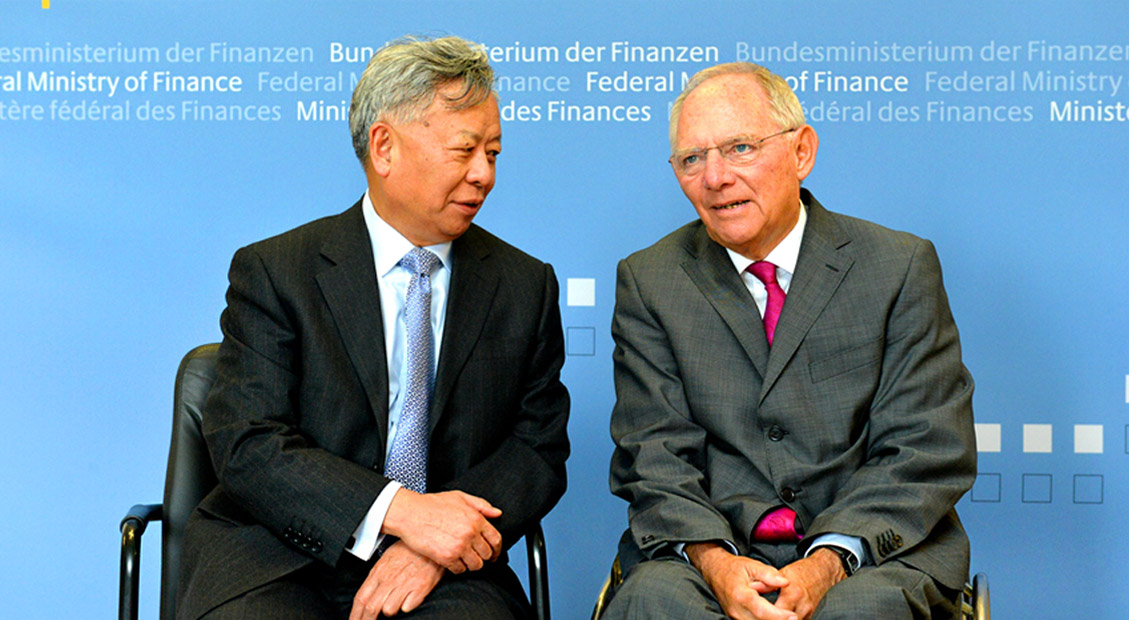 Mr. Jin Liqun, President-designate of the Asian Infrastructure Investment Bank (AIIB), met with Dr. Wolfgang Schäuble, Germany’s Federal Minister of Finance, in Berlin on Wednesday 30 September. This followed the conclusion of the The 7th Chief Negotiators’ Meeting for the Establishment of the AIIB, which was held in Frankfurt, Germany, on 28-29 September. Whilst in Berlin Mr. Jin also held meetings with Dr. Ulrich Schroder, Chief Executive Officer of KfW, Germany’s domestic and international development bank, and other Government leaders.

Mr. Jin said "I am grateful to Dr. Sch?uble and the German Government for their strong support for the AIIB. As the Bank’s largest non-regional Prospective Founding Member (PFM), and one of the first non-regional countries to apply to join, Germany has contributed greatly to the establishment of the Bank, including this week by hosting the 7th Chief Negotiators’ Meeting in Frankfurt. I look forward to deepening and strengthening cooperation between the AIIB and Germany in the years ahead."

Federal Finance Minister Sch?uble said "Today I met with Mr. Jin, President-designate of the Asian Infrastructure Investment Bank. I assured him of Germany’s continued support for the setting-up process of the institution."