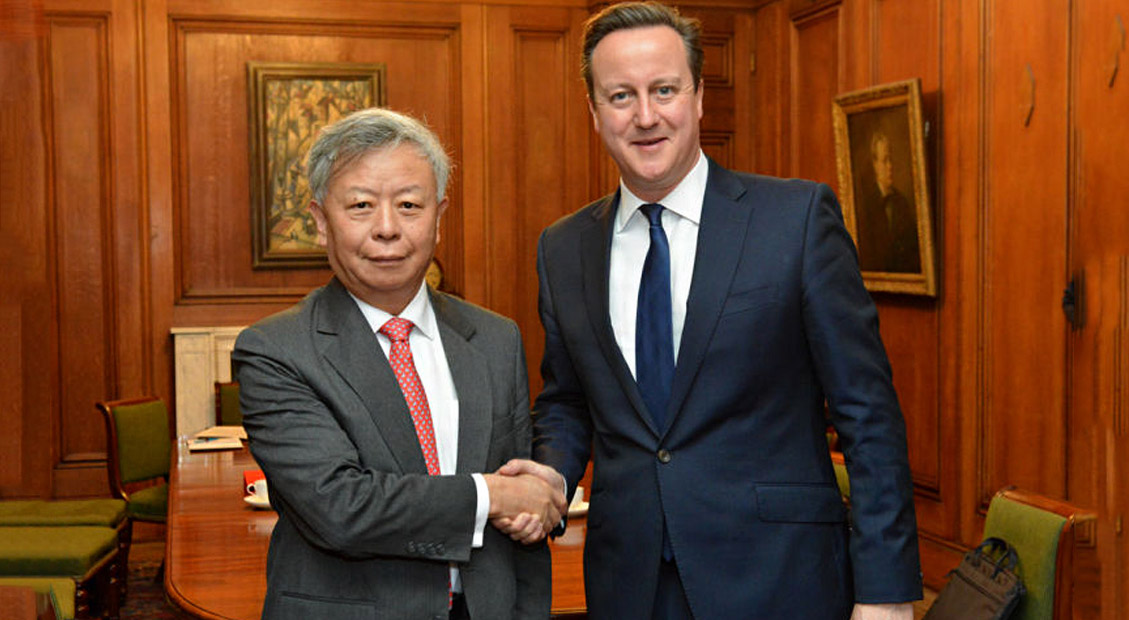 Mr. Jin said “It is my pleasure to be back in London. The UK’s decision to apply to join the AIIB in March this year, the first application received from a major advanced economy, represents a significant milestone in the development of AIIB. Today Prime Minister Cameron and Chancellor Osborne and I exchanged views on future cooperation between the UK and AIIB and I appraised them of the latest developments in establishing the Bank, which we expect to become operational by the end of 2015. I was also pleased to take forward discussions on project co-financing with EBRD President Sir Suma Chakrabarti during this visit. EBRD has been very generous in sharing its expertise with AIIB during its start-up, for which we are very appreciative”.

Chancellor George Osborne said: "I was delighted to meet this week with Mr. Jin, President-designate of the Asian Infrastructure Investment Bank. The UK was the first major Western economy to join the AIIB and we are now working with President-designate Jin to ensure that the AIIB is a successful addition to the global financial system. Joining the AIIB is a further step in the government’s plan to build a closer political and economic relationship with the Asia region and maximise opportunities for British businesses".

EBRD President Sir Suma Chakrabarti said "It was a great pleasure to meet President-designate Liqun earlier today in London. I was very impressed to hear about the very good progress made with launching of the AIIB. We spoke about the recent meetings between our staff and the very strong potential for cooperation between our Banks in operational, policy and institutional areas."