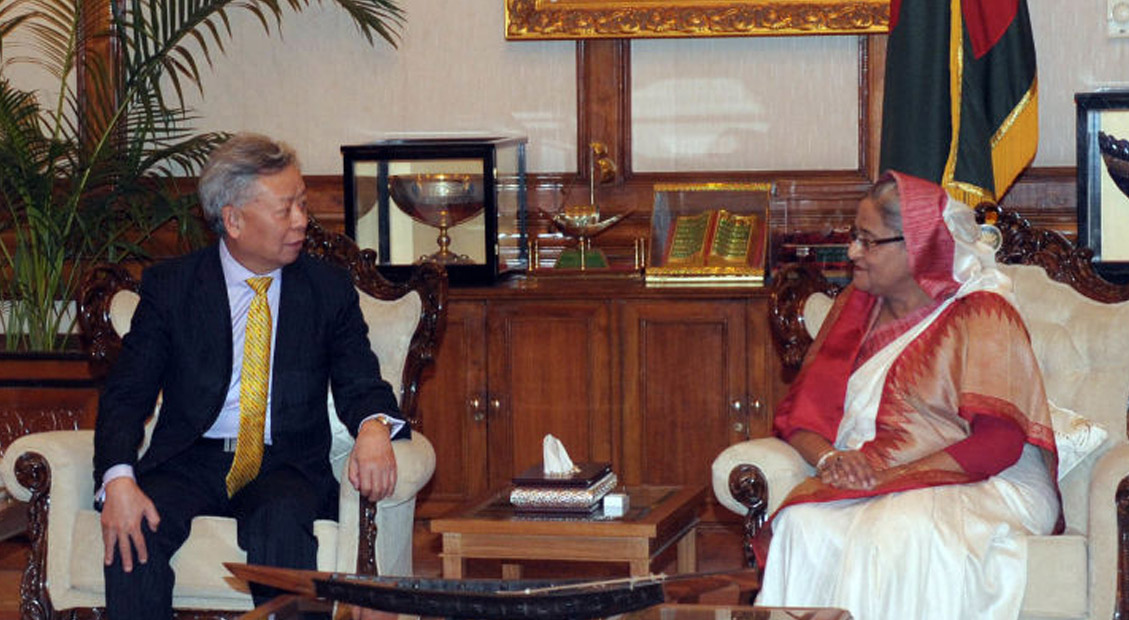 Mr. Jin said "I am delighted to be visiting Dhaka this week. Bangladesh was one of the original 22 countries that joined the Memorandum of Understanding on Establishing the AIIB just over one year ago, and it is one of the first developing economy member countries that I have visited since being selected as President-designate in August this year. I was honoured to exchange views with Prime Minister Sheikh Hasina and other government leaders on future cooperation between the AIIB and Bangladesh and on the latest developments in the Bank, which we expect to be operational before the end of the year".

Prime Minister Sheikh Hasina said “I was delighted to receive Mr. Jin in Dhaka on the occasion of the Bangladesh Development Forum 2015. I am proud of the economic progress that has been achieved in Bangladesh in recent years and I am confident that the Asian Infrastructure Investment Bank will be an important partner in achieving the goals of our 7th 5 Year Plan".